Striker off to Czechia 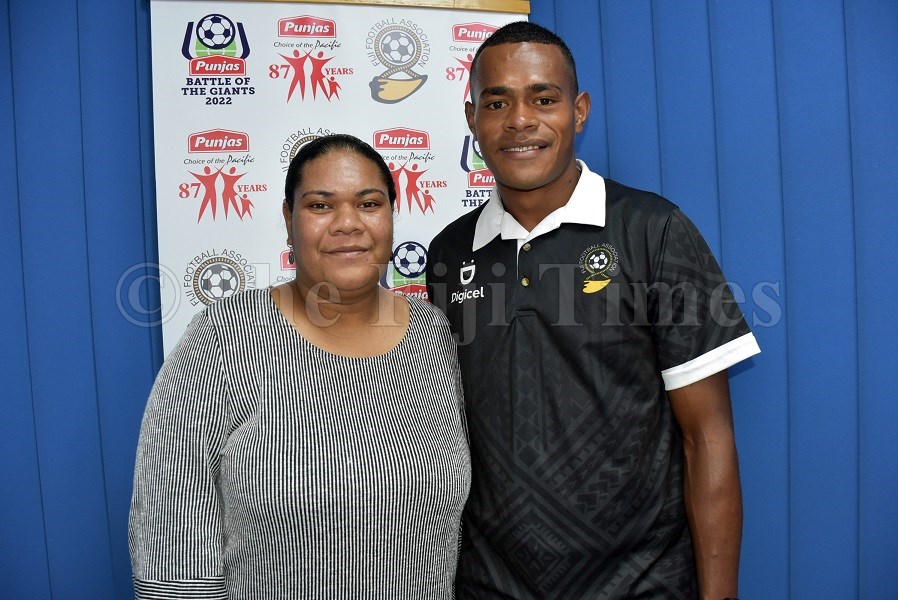 Nalaubu, who leads the Digicel Premier League golden boot race, was scouted by European scouts during the Oceania World Cup qualifiers in Qatar earlier this year.

FK Pardubice plays in the Czech First League. He said he had been praying for a shot at an overseas contract for a long time.

“Now I have received the good news. My family is very proud of this achievement,”the 25-year-old said.

“During this trial I won’t let it out of my hands easily. I will try to give my best and also represent my country.

“I’m mentally and spiritually fit. I have been training for what I will go through during the trials.” Nalaubu said he confident of securing a deal.

“For sure I will try to get the contract. After the scouts approached, Flemming (Serritslev, national coach) told me to keep my performance up.

“I was trying to play at an overseas level and for all the DPL matches I tried to do my best and work hard. Now this opportunity has come I will grab it with two hands.”

Nalaubu, who is a police constable has been released on leave without pay by the Fiji Police Force.

Deputy Commissioner of Police Itendra Nair said they were proud that Nalaubu’s journey started some years back.

He said it was in 2017-2018 that they started recruiting players from all sports to join the force.

“The major thing is how we can provide these upcoming players a safe environment,” Nair said.

“An environment where we can discipline them. Instil discipline in them and along the line to keep the sports free of drugs.

“We have put our players in each of the districts. Some of the major districts have more players, five or six. However, we have made sure that players are distributed around the country.

“That is one of the engagements we do at the community policing level. It is engaging with the members of the community through sports as sports being one of the pillars with the Duavata Community Policing Policy that we have.”

Nalaubu started his football at St Joseph The Worker Primary School in Nasinu. He is now seen as a role model for young footballers in the country.