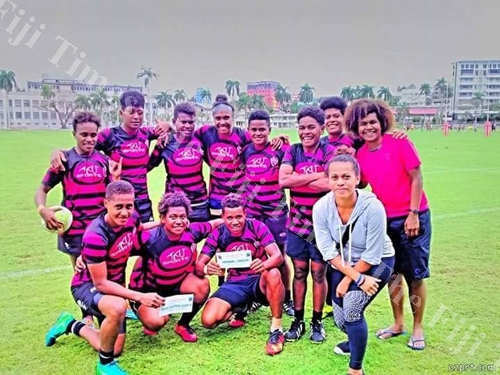 THE Striders Women’s Rugby Club has been crowned as the Suva Rugby Union women’s champion for the year.

The absence of some senior players boosted the young players to step up and prove themselves.

Manager Alena Mucunabitu said the competition was intense and with their development team taking on the role of playing with the senior ones proved an opportunity for them.

“This season we tried to be ambitious but to remain focused on winning a title,” Mucunabitu said.

“The idea is to raise the awareness of women’s rugby in Fiji. After months of training and playing together, the junior players were given a chance to prove themselves. “What a way to end the season,” Mucunabitu said.

The mighty Striders kept their opponents at their own territory denying them a chance to score.

With national rep Ravisa in charge, she steered her troops to victory in the second half with three tries and two successful conversions.

Mucunabitu said their opponents played with solid defence, but experience and teamwork won the final for her players.

“We are grateful to the Almighty God for the win and we’re humble to be given a chance to play in the Suva Rugby Union club games.”