Strength of a woman 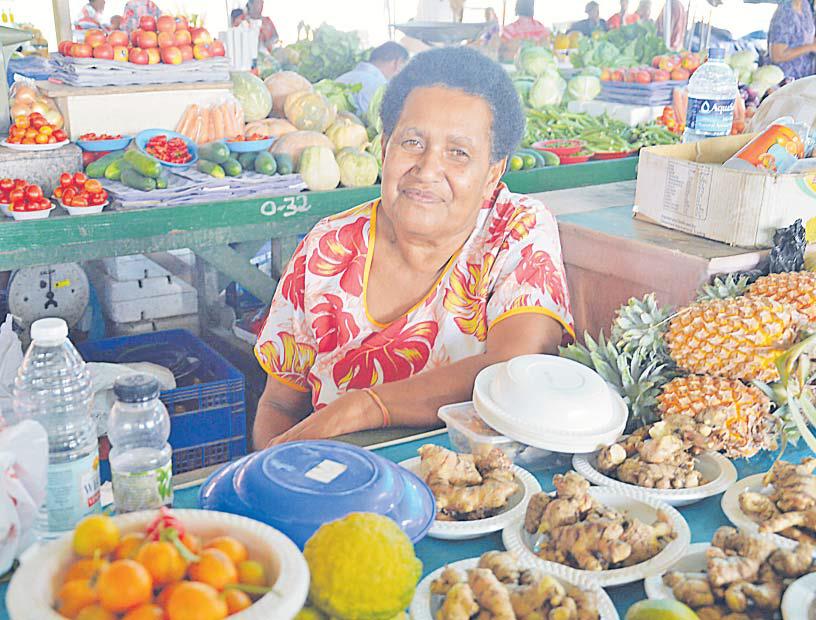 YOU would think her husband and children’s demise was painful enough to break Asenaca Nainima’s spirit.

But death, as tragic as it is, was no juggernaut in the face of this strong-willed 64-year-old.

Instead, it gave her the mental and spiritual fortitude to pick up the pieces and move on.

Her husband, a former employee of the Fiji Sugar Corporation, passed on in 2007 after a long battle with hypertension and diabetes.

Nainima, who previously depended on her husband for survival, knew the way forward was to take control of her life.

So one day, she plucked a few kavika (Syzygium malaccense) from a tree behind her house and caught a bus to the market to sell them.

“I felt intimidated by the crowd on that first day at the market. I thought people would look down at me because I was selling kavika from my backyard garden. I felt I was the poorest person around,” Nainima said.

“But after earning my first wages, I got the jolt I needed to continue. I realised selling at the market could earn me a living and now I sell everything from fruits and vegetables to root crops and home-made pickles.”

With the revenue she earns, Nainima helps support a son, four grandchildren and takes care of all her church, village and family obligations. Nainima lost her daughter, Kelera, in 2006.

“As any mum would, I missed Kelera very much. It was so unfortunate she went too early.”

Her second deceased child was an albino son called Mateo. He died of skin cancer in 2018.

“Mateo was a joy to have although he was rea (iTaukei word taken from the word rare, meaning albino). He was obedient and loved church work,” Nainima reminisced.

“I never had the feeling of dissatisfaction when I gave birth to him, I just thank God for giving me a son. Losing my husband Saverio, son Mateo and daughter Kelera has been a painful experience but with God on my side, I have learned to remain strong.”

Once in a while, the Rewasa woman, from Naroko in Ra gets assistance from her son, who works as a soldier in the British Army.

Nainima believes every widow has the capacity to look after herself and live a decent life, if she has determination and the will to survive.