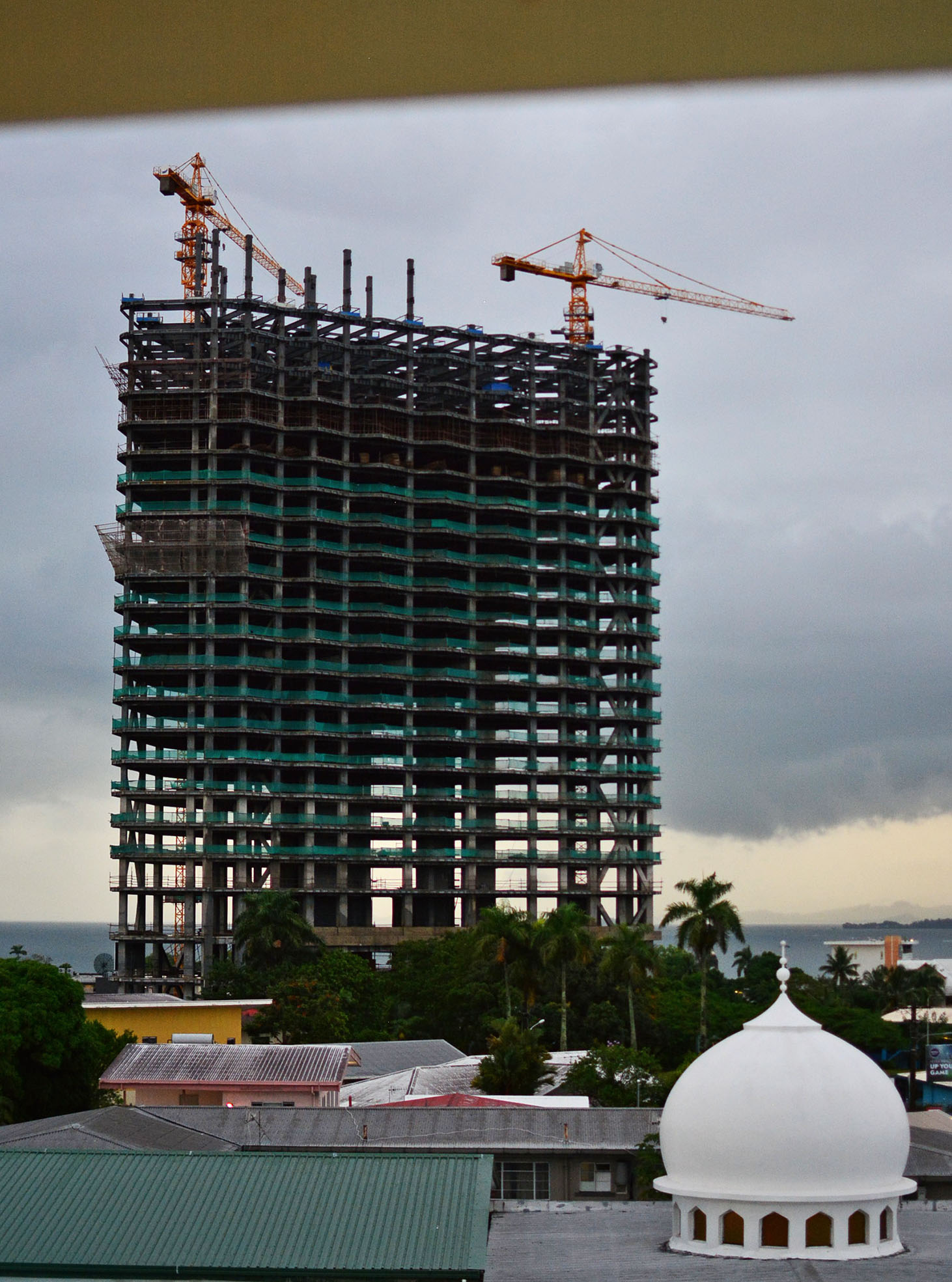 A STOP-work order has been issued to developers of the WG Friendship Plaza in Fiji’s capital city Suva after they allegedly broke boundary laws, encroaching a nearby property.

Minister for Local Government Premila Kumar said the stop-work notice had been issued to WG Friendship Plaza by the Suva City Council.

Mrs Kumar said the notice was issued because of the alleged encroachment on the property belonging to Holy Trinity Anglican Primary School.

“It’s a matter to be sorted in the court and we will leave it to them,” she said.

“They requested my ministry if they could be given one week of waiver so that they can seal the steelwork, clean the area and clean rubbish. Therefore, I had given them one week of relaxation to carry out what they needed to do. After one week, the stop notice will come into effect.”

Mrs Kumar said she met the developers last week to discuss the issue.

Meanwhile, the Anglican diocese confirmed yesterday that developers had dug into their boundary and that a report had been made as the case was before the courts.

An executive of the diocese confirmed that they could not comment on the issue.

However, the executive said standard processes were being followed to resolve the situation.

The executive advised this newspaper to get updated comments from the church in another two weeks’ time after legal proceedings were completed.