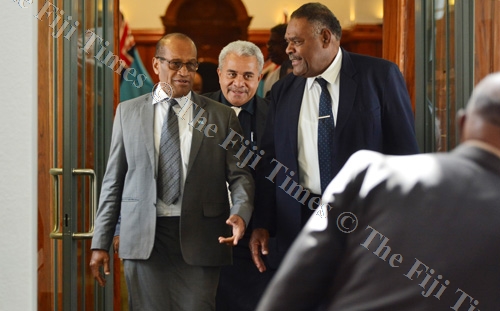 OPPOSITION MP Mikaele Leawere has pleaded with the Government to stop vote bank politics, which he says is a well-known trait of left-wing dictatorships. Mr Leawere made these comments while responding to the Minister for Employment Jone Usamate’s ministerial statement in Parliament on the vulnerabilities of young workers yesterday.

“We cannot afford to have a weak and injured workforce. It is them who will carry the heavy debt burden and other problems that have been created in the last decade, into the future and resolve the same,” he said.

Oppostion MP Parmod Chand said youths were the future leaders of Fiji and needed support from the Government. “We need to encourage them, help them and build them up,” he said.

Mr Usamate, in his statement, said the ministry was working with the support of the tripartite partners and the International Labour Organization (ILO) to collectively help create a safe and healthy environment for young workers.