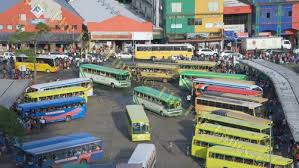 THE Fiji Labour Party has been called to stop politicising its request for a review of bus fares and making selective comments without knowing the facts.

A statement by the Fiji Bus Operators Association issued today said FLP referred to the last fare increase in 2009 and the reaction back then from certain sectors, claiming the increase was heavily loaded in favour of the bus operators.

“Almost a decade has passed and not only has fuel price increased, all other costs associated with running bus companies. These include wages, spare parts, new buses and costs related to e-ticketing,” Mr Shah said.

“Even then, the 2009 Orion report by independent consultants appointed by the Land Transport Authority acknowledged that bus fares in Fiji were comparatively low compared to countries similar to Fiji’s socio-economic standards,” Mr Shah said.

“The comments by the FLP only distract from the central issue: bus operators are struggling to sustain increases in the cost of doing business on a decade-old fare structure, while being obliged to provide subsidised fares to a huge proportion of the population, and at the same time expected to improve bus fleets and services,” he added.

FLP had expressed its concern that bus fares were a major cost for the commuting public because of the high cost of living.

However, the FBOA stated that the FLP failed to recognise that the bus industry was the only industry in Fiji that was required by government to finance and bear the cost of a social responsibility that is rightfully something which should be borne by government.

Mr Shah said no other industry – transportation or otherwise – was burdened with this cost and bus operators had borne it for years without assistance to cushion them.