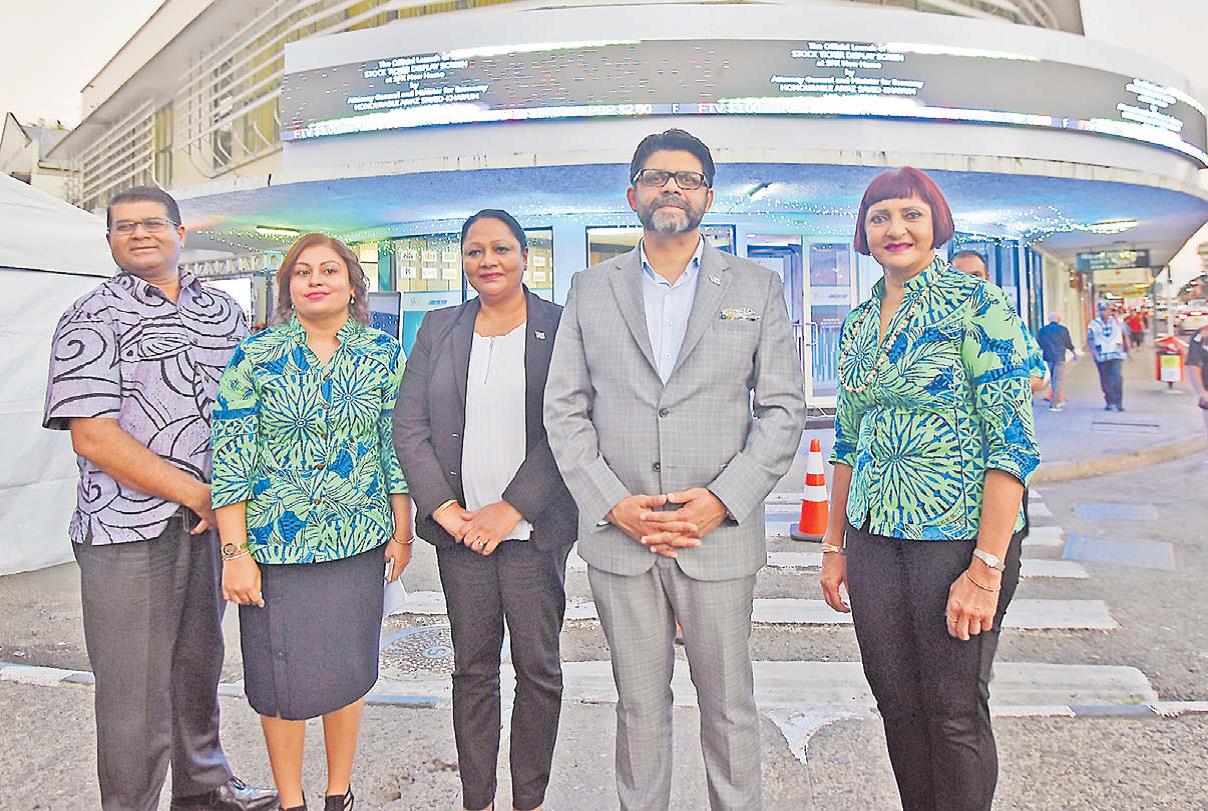 THE South Pacific Stock Exchange (SPX) celebrated a milestone with the official launch of its rebranded image and an outdoor stock ticker display screen at its new home in Victoria Pde, Suva last Friday.

SPX chairwoman Dr Nur Bano Ali said it was an exciting step undertaken by the SPX board and management towards a progressive and dynamic future direction for the organisation.

“Our new business premises strengthens our visibility and we anticipate gaining further visibility and prominence among the investing public of Fiji and all our institutional investors and stakeholders. The easy access to our premises will enhance the understanding of the operations of a stock market,” Dr Ali said.

SPX chief executive officer Krishika Narayan said: “the rebranding exercise will combine well with our new location which is more accessible and visible to people, while at the same time providing us with the flexibility of introducing live share price displays through the stock ticker display screen, which is a common sight at buildings which houses stock exchanges globally.”

According to SPX, the ticker screen will also be used as a medium to raise public awareness about the organisation’s dual role as an avenue for investment and raising capital, and it would further encourage people to consider investing in shares.

Reflecting on the 40 years of progress made by SPX, Dr Ali said the exchange had gone through numerous developments since it began its operations as a trading post with three listed companies in June 1979, then called the Suva Stock Exchange, to having an electronic market today with 20 listed companies and a total market cap of $3.62 billion.

While officiating at the launch, Attorney-General and Minister for Economy Aiyaz Sayed-Khaiyum said it was essential to have a sound capital market, adding that Government had several incentives in place — mainly through tax breaks — to encourage Fijian companies, particularly family-owned companies, to get listed on the stock exchange.