2022 General Election: Still in the running – Rabuka : Votes cast for duo will not go to waste 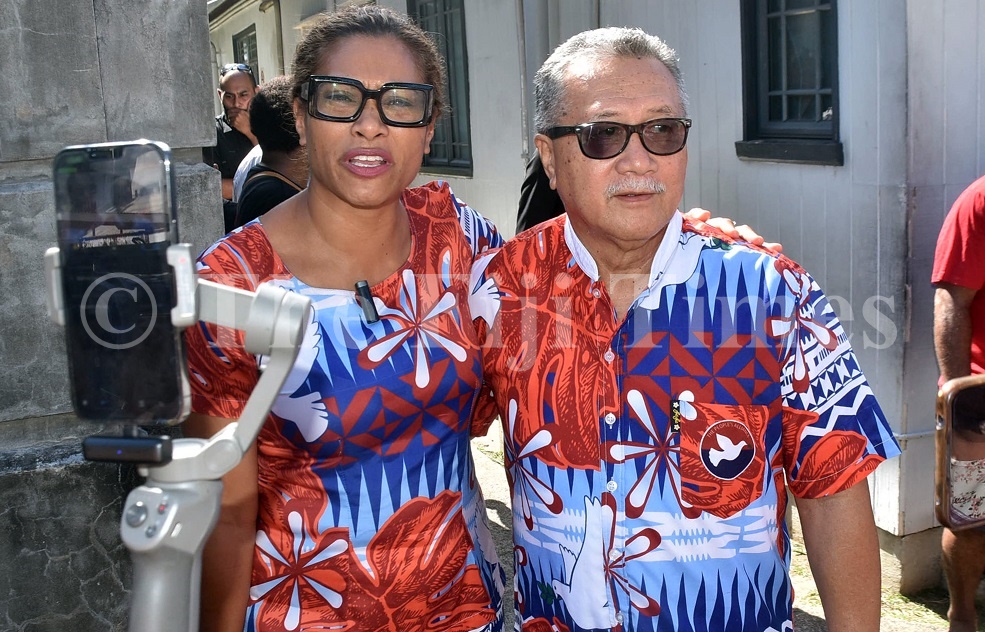 Lynda Tabuya and Dan Lobendahn remain in the running for the 2022 General Election.

The People’s Alliance (PA) party leader Sitiveni Rabuka said this as he assured supporters that votes cast for the duo would not go to waste as they would all count towards the party’s tally.

He said this after the duo appeared in the Suva Magistrates Court yesterday charged with prohibition on vote buying and breach of campaign rules by the Fiji Independent Commission Against Corruption.

Mr Rabuka said his two deputies were key members of the party and would continue campaigning until Sunday as their case had been called for February 10, 2023.

“A vote for either Lynda or Dan is not wasted, it will still count towards The People’s Alliance,” said party leader Sitiveni Rabuka.

He gave the assurance after the two deputy party leaders appeared in the Suva Magistrates Court yesterday, charged with prohibition on vote buying and breach of campaign rules by the Fiji Independent Commission Against Corruption.

Mr Rabuka said the duo remained key members of the PA, remained in the running for the 2022 General Election and would continue campaigning until Sunday.

He said the only thing that would change was their level of caution in the lead-up to December 14.

“The case is called for February 10, at the moment they are still candidates, they cannot be ruled out of running for elections, they can continue to campaign until Sunday.

“The case affects us in the sense that we now must be more careful in how we conduct ourselves and conduct our campaign, accepting the fact that the law enforcement and administration could even be hostile.”

Mr Rabuka said his primary concern was for the relatives and friends of the accused.

“There’s a lot of anxiety associated with people appearing in court and I just hope they can be cool, calm and collected at this time and just let the case take its course.”