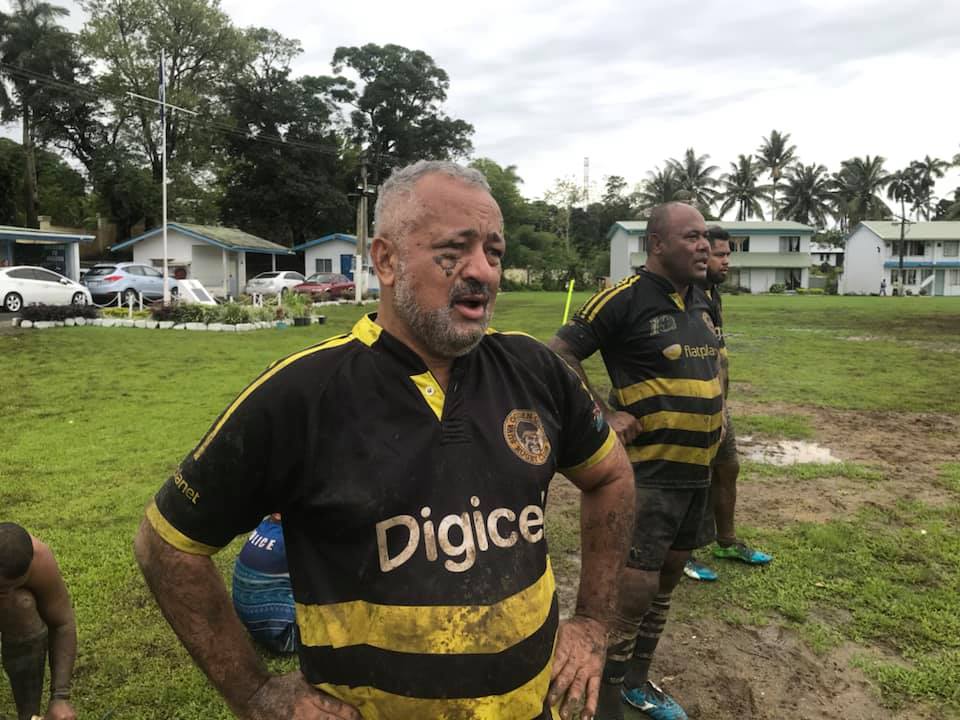 Mason Smith and teammates during the balls and beard rugby competition. Picture: SUPPLIED

MASON Smith has achieved success in the public and private sector.

He served Fiji as a Colonel in the Republic of Fiji Military Forces before being appointed Agriculture permanent secretary in 2009.

Mr Smith then joined Goodman Fielder before landing the role of Regional director for the International Union for Conservation of Nature (IUCN) in Oceania.

Ask him the secret of his success, and he puts it down to being brought up by diligent and loving parents.

“My parents’ daily struggle to put food on the table, shelter over our heads and to provide us the opportunity of a good education and all through pure hard work and perseverance — is one of the biggest motivators in my life,” he shared.

Mr Smith is also the president of the Suva Golden Oldies Rugby Club.

While sharing his life journey, Mr Smith said his brothers, sisters and family played an important part in his life.

“My parents were copra farmers.

“I was born in Waiyevo, Taveuni and grew up in the great outdoors of a copra estate.

“I have 10 siblings which includes six sisters and four brothers. Apart from his other pursuits, sport has been a mainstay and he said, he had been part of the Suva Golden Oldies Rugby Club since 2010.

“I love playing social rugby and was invited to be part of the club.

“There are about 100 members of the club from all walks of life.

“We have chief executive officers, members of the diplomatic corps, former Flying Fijians, blue collar workers and men who are not gainfully employed.

“We also have female members.

“I hope the club will be able to expand its influence across Fiji and I hope to see more clubs formed Fiji-wide.

“We are dealing with club members who are already successful in their own right so it’s a fairly easy task to get things organised and rolling. ”

In his role as IUCN regional director, Mr Smith is responsible for the overall leadership and management of IUCN’s p rogram and projects in Oceania including Australia and New Zealand.

“I am also a fellow of the Asia Pacific Centre for Security Studies.”

Mr Smith has served in various capacities in the RFMF, private sector and Government, including a stint as Fiji’s acting head of Mission at the UN in New York and as Agriculture PS.

He has also served in various boards and is engaged in a number community and charitable projects including being the vice-president of the Marist Brothers High School Parents and Teachers Association.

As Suva Golden Oldies Rugby Club president, he is heavily involved in encouraging men to get involved in some form of physical activity to combat non-communicable diseases (NCDs).

Mr Smith is also involved in raising awareness and funds to treat prostate cancer in men.

“Three things I hold dear is my faith, my flag and my family.”

His advice to youths is “study hard, work smart and persevere”.

He is married and has three daughters and two sons.