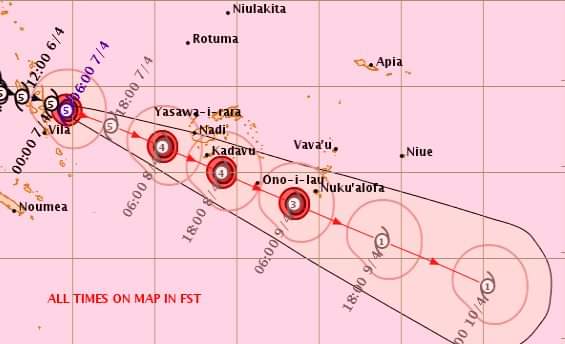 A hurricane warning is now in force for Kadavu and Ono-i-Lau.

The warning was issued by the Nadi Meteorological Service this afternoon as Severe Tropical Cyclone Harold gets closer to the Fiji Group.

According to the weather office, a storm warning remained in force for Vatulele and was now also in force for southern parts of Viti Levu (from Momi through to Pacific Harbour), Beqa and the Moala Group.

A gale warning remains in force for the rest of Viti Levu, Yasawa and Mamanuca Group, Lomaiviti Group and the rest of Southern Lau Group, including Lakeba and Cicia.