STC Harold: Fiji Airways stored away aircrafts ahead of cyclone 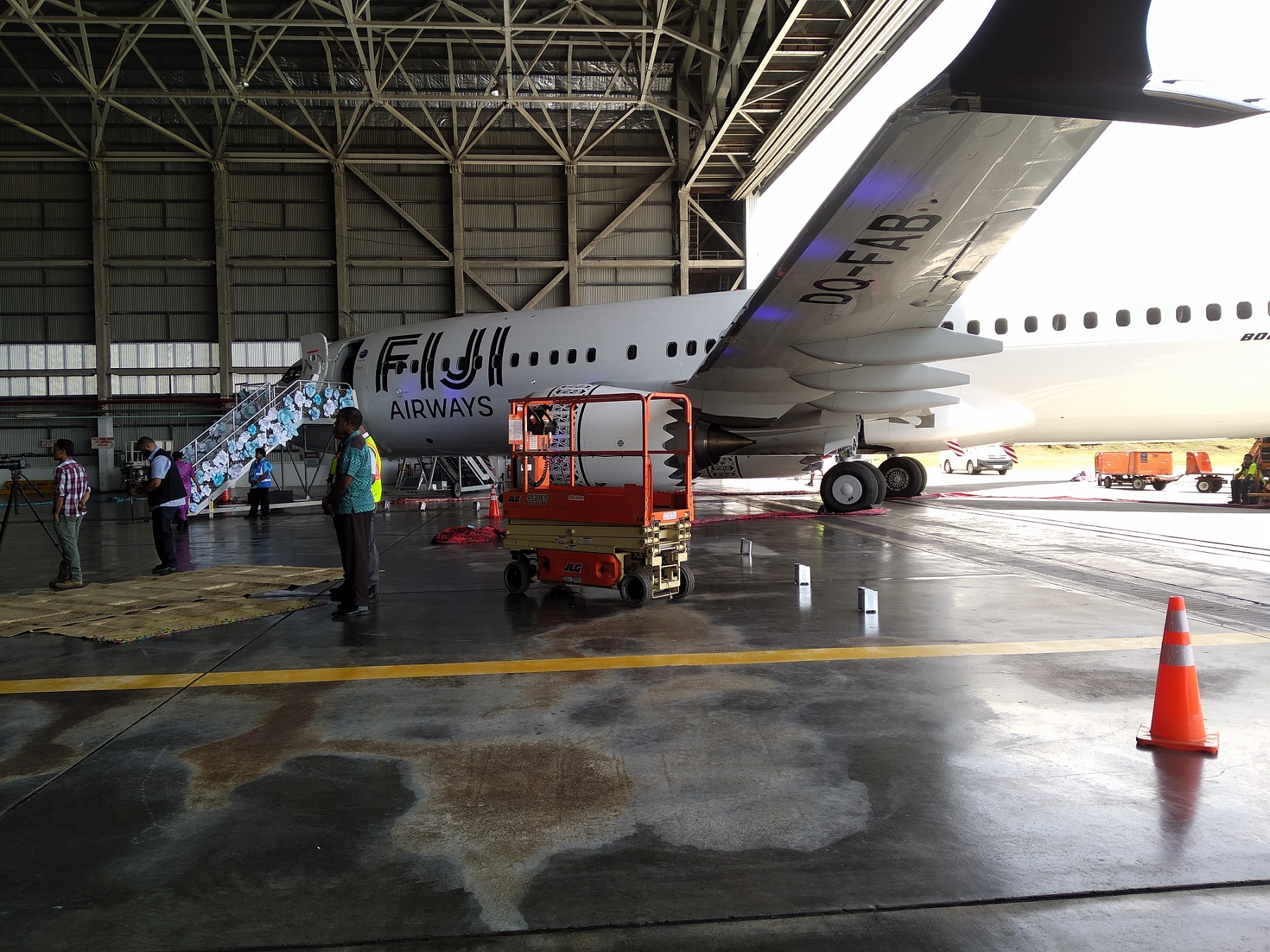 Fiji Airways new "The Island of Kadavu" aircraft at its new home at the Fiji Airways hangar in Nadi. Picture: REPEKA NASIKO/FT FILE

National airline Fiji Airways has stored away most of its aircraft at its Nadi hangar facilities yesterday (Tuesday – April 07, 2020) as it braces for damaging winds from Tropical Cyclone Harold, which left a path of destruction in Vanuatu.

Fiji Airways managing director and CEO Andre Viljoen said the entire Fiji Link fleet and two B737 airplanes would be stored at the facility while some had flights to the US, Australia, and New Zealand.

He said the aircraft would return after Tropical Cyclone Harold had passed.

“Evacuation flights will be operated to Sydney and Los Angeles,” he said in a statement.

“The airline also positioned its other A330 aircraft in Brisbane and Sydney due to the approach of Tropical Cyclone Harold.

“Aircraft will return to Fiji once the cyclone threat has passed.

“Two Fiji Airways B737 aircraft, along with the entire Fiji Link fleet, are securely stored at the airline’s hangar facilities in Nadi.”

(Editor’s note: This article was published in The Fiji Times on Wednesday, April 08, 2020)