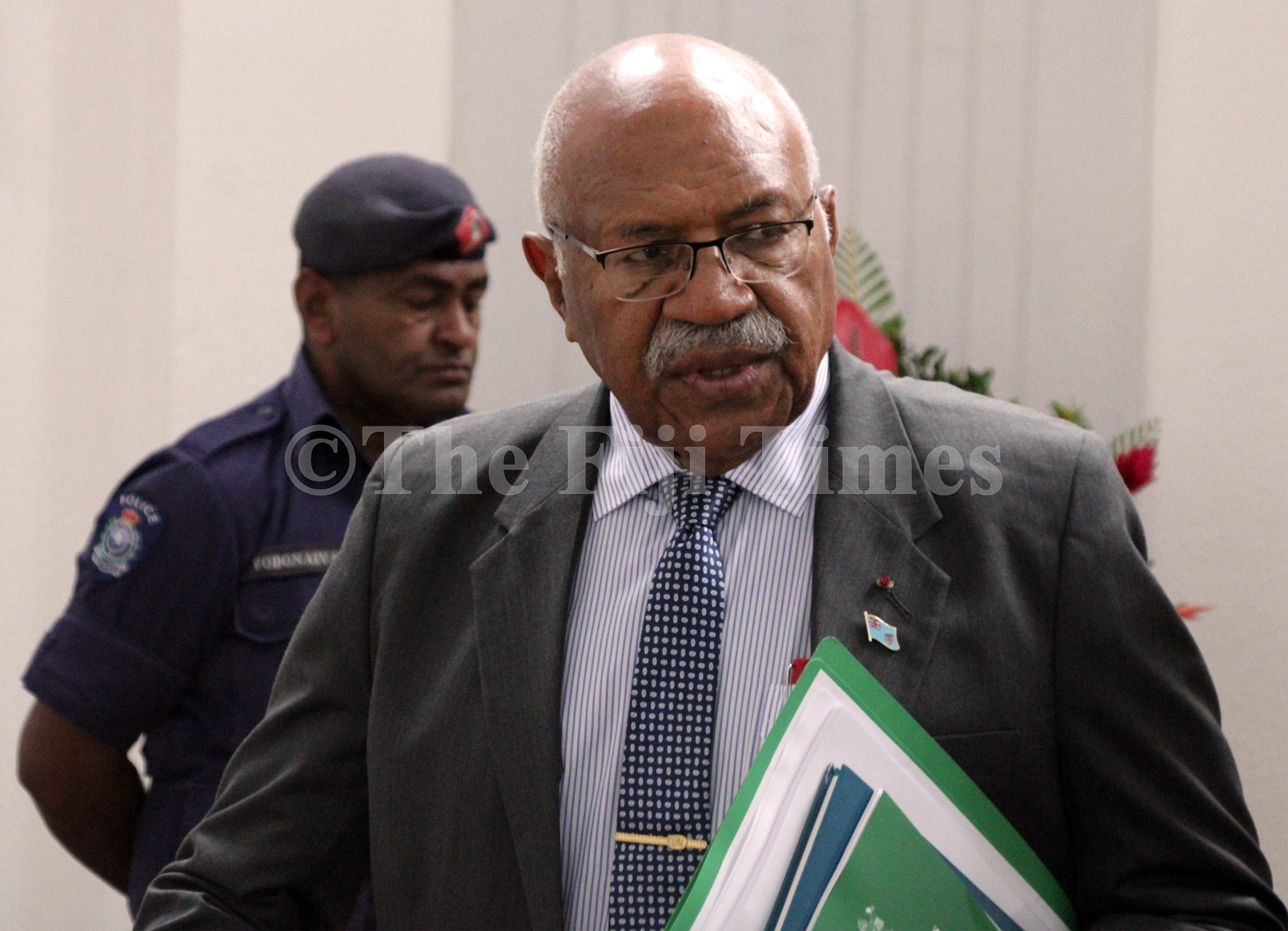 THE FijiFirst Government cannot blame anyone, but itself for the ultimatum issued by the International Labour Organization, says Opposition Leader Sitiveni Rabuka.

He called on Government to “reform labour laws and restore tripartite consultation mechanisms” after the ILO issued an ultimatum for reforms by November this year.

“I express grave concern over the unfortunate but predictable ultimatum issued by the International Labor Organization (ILO) Committee on Application of Standards for Fiji to make progress reports on its compliance with the mediated agreement, reform of labour laws by November this year,” he said in a statement issued recently.

“Fiji has been given an ultimatum to report on compliance with an ILO mediated agreement it made with unions and employers in 2015 and to accept a ‘Direct Contacts Mission’ by November 2019. “Information provided by Government was considered, however, the committee observed serious allegations with regards to violation of basic civil liberties, including arrests, detentions, assaults and restrictions on freedom of association.

“The FFP Government cannot blame anyone but itself for the unnecessary mess it created which will have a much bigger and greater impact on the economy and the lives of ordinary workers.”

During the 108th Session of the International Labour Conference in Geneva last week, Government was warned against interfering in the designation of the representatives of the social partners on tripartite bodies.

The Opposition leader said it was important for Government to take heed of the ILO’s call for Government to refrain from anti-union practices, including arrests, detentions, violence, intimidation, harassment and interference and to ensure that workers’ and employers’ organisations are able to exercise their rights to freedom of association, freedom of assembly and speech without undue interference by authorities.