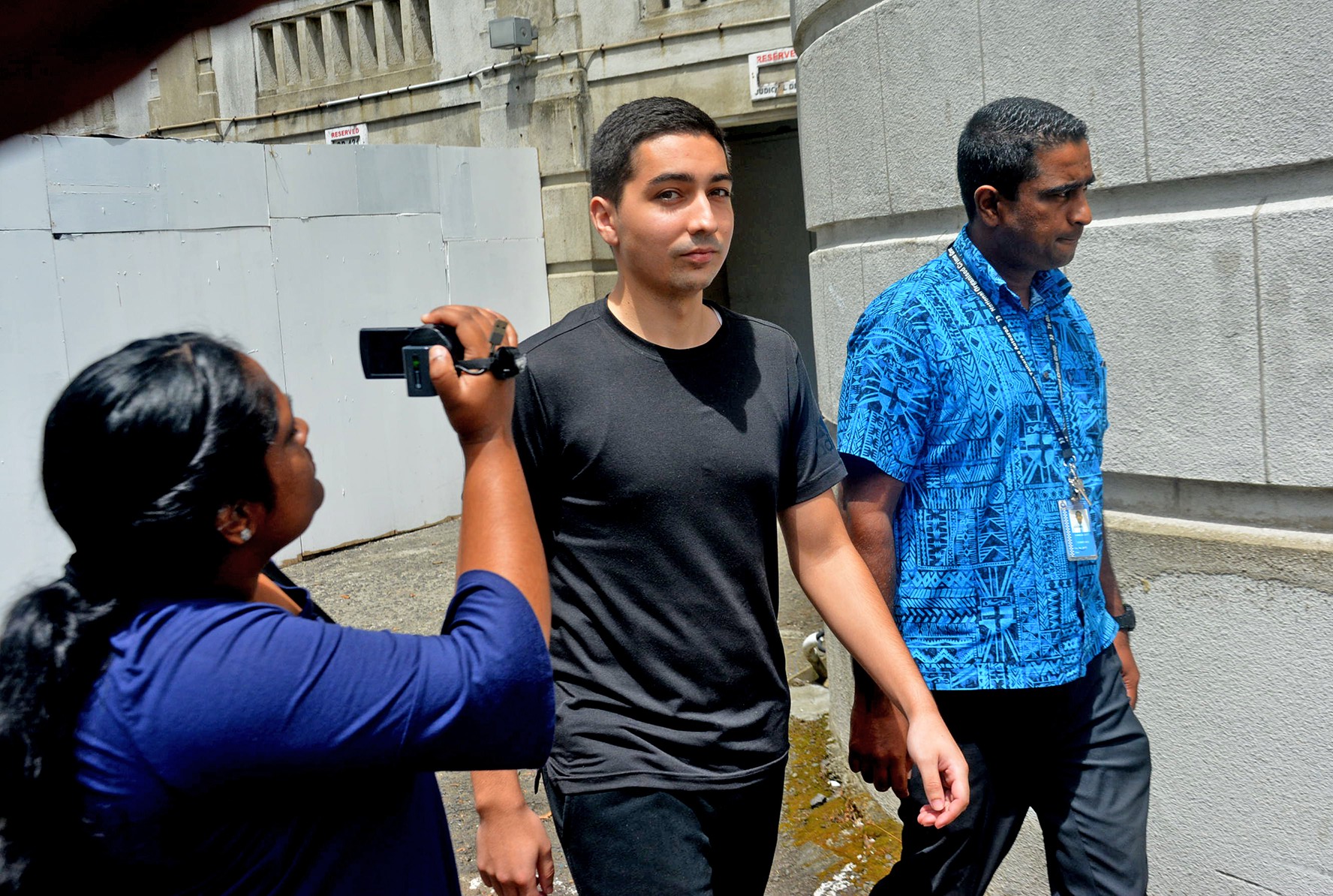 Joshua Aziz Rahman outside the High Court in Suva in one of his earlier appearances. Picture: JONA KONATACI/FT FILE

Canadian national Joshua Aziz Rahman is alleged to have, without lawful authority, had in his possession 39.5kilograms of cocaine on February 14, 2019, in Caubati.

While delivering his bail judgment, Justice Goundar said the State had a strong potential case against the accused.

He said the State had objected to Mr Rahman’s bail since they submitted that there was a likelihood of the accused absconding bail and the matter was of public interest.

Dr Jack said the State would be relying on the caution interview and they were still waiting for the video recording of the interview.

Defence lawyer Ashniel Nadan said they might make necessary applications but this depended on the content of the video caution interview.

Justice Goundar has remanded the accused.

The case has been adjourned to April 30 for a pre-trial conference.