Stars aligning for England ahead of All Blacks clash, says Woodward 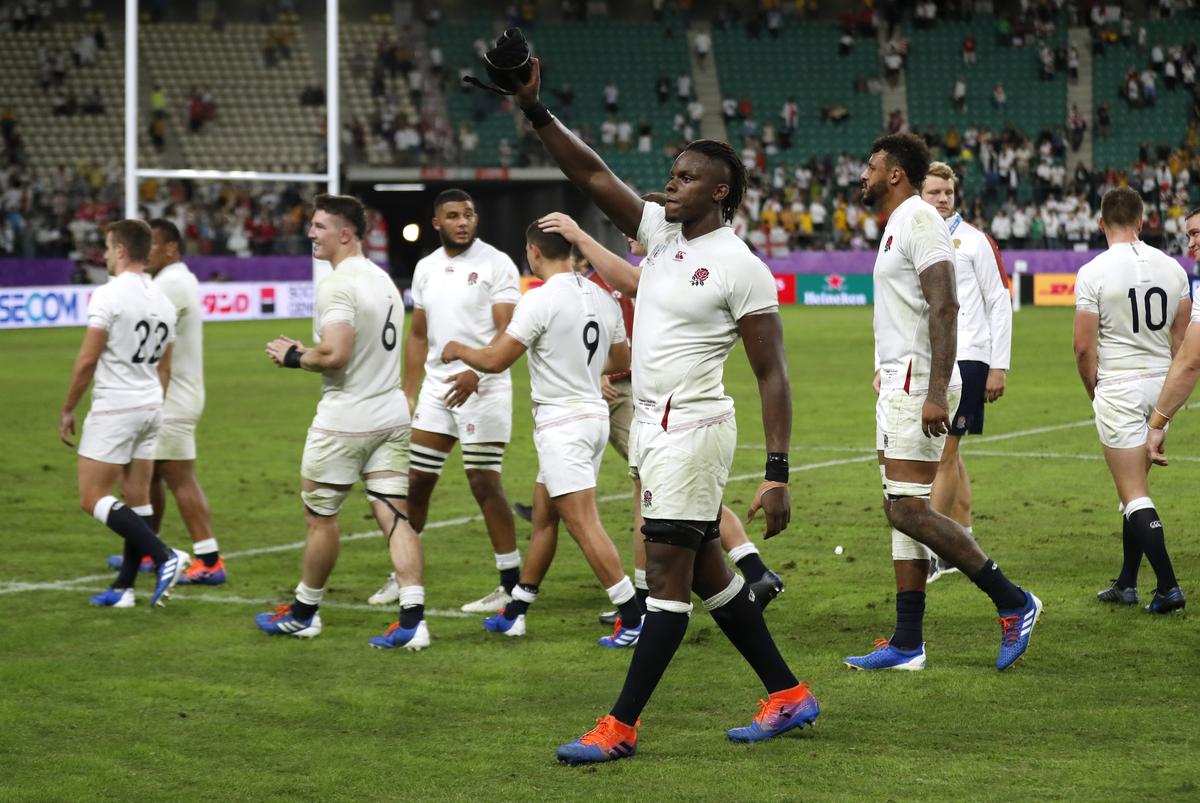 (Reuters) – England are primed to produce an unforgettable performance against New Zealand in the Rugby World Cup semi-finals after Saturday’s crushing 40-16 win over Australia, former coach Clive Woodward has said.

Two tries in three first-half minutes by winger Jonny May helped Eddie Jones’ side underline their World Cup credentials and gain a measure of revenge over the Wallabies who sent them packing from their own tournament four years ago.

Despite facing a daunting task against the All Blacks, who also advanced with a 46-14 demolition of Ireland, Woodward believes England can pull off an upset win when the teams meet on Oct. 26.

“Never underestimate the value of momentum,” Woodward, who led England to World Cup glory in 2003, wrote here in a column for the Daily Mail.

“England may face a massive task in tackling holders New Zealand but they have built up a huge head of steam after that emphatic quarter-final win over Australia.

“Everything is coming to the boil nicely and sometime soon this England side is going to produce a performance for the ages. Saturday would be the perfect time.”

Woodward said England would not mind going into the clash as underdogs and backed them to test the champions.

“New Zealand were superb but in truth they haven’t yet been fully tested in this tournament since their opening game against the Springboks a month ago,” Woodward added.

“The stars seem to be aligning a little for England. Eddie has 31 fit players to pick from so he has all sorts of options. New Zealand will rightly be perceived as favourites. Brilliant, play on that underdog label a little.

“Eddie has also been lucky with avoiding major injuries, but luck has played no part in avoiding yellow and red cards. Their tackling technique has been exemplary all tournament — low, arms wrapped well timed and strong.

“They are helped in this by the Kamikaze Kids, Tom Curry and Sam Underhill, neither of whom are giants and both go in low naturally. They are also of the modern generation with habits not so ingrained. They have adapted quickly to the new reality.”