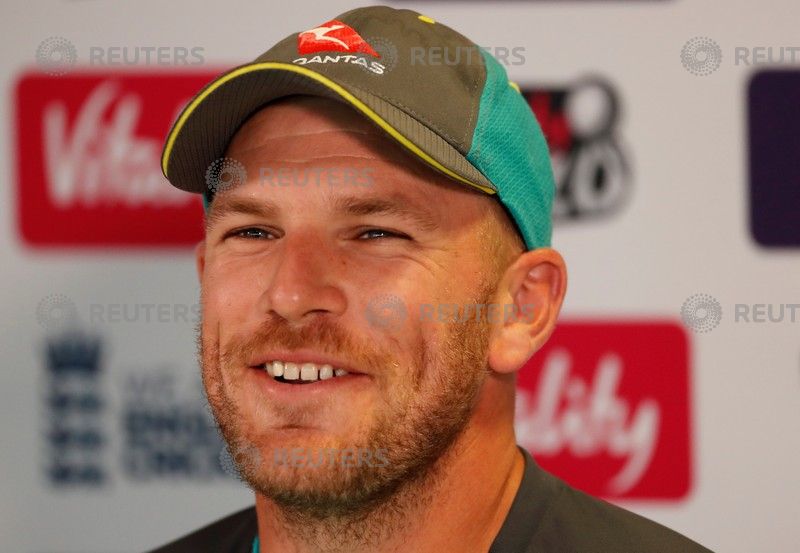 MELBOURNE (Reuters) – Australia captain Aaron Finch said relieving pace spearhead Mitchell Starc of new ball duties in the opening one-day international against South Africa was an attempt to snap his team’s horror run of losses, albeit one that had backfired.

Eyebrows were raised when Nathan Coulter-Nile opened the bowling with Josh Hazlewood in Sunday’s series-opener in Perth, breaking Starc’s three-year streak of opening the bowling in internationals.

The ploy was quickly shelved when Coulter-Nile was hammered for 16 runs in his first over, and South Africa’s batsmen easily mowed down the hosts’ paltry 152 to win by six wickets.

“We’d planned to go in with Coults (Coulter-Nile) and Josh (Hazlewood) with the new ball,” Finch said after Australia lost by six wickets.

“It didn’t work out for Coults in the first over today, then we went to Starcy pretty quick.

“It’s just a tactical thing to be honest. Sixteen out of 18 losses in a row, 17 out of 19 now, we’re looking for something to try, to try some new things, something different.

“If you keep doing the same thing over and over it’s the definition of insanity, isn’t it?”

The bowlers were hardly to blame for Australia’s humiliation in their first match of the home summer, having been set a thankless task to defend 152 by the batsmen at the new Perth stadium.

With former captain Steve Smith and vice captain David Warner still serving ball-tampering bans, Australia were given another harsh reminder of their threadbare batting stocks, with their top six combining for 65 runs.

The loss came less than a week after a scathing cultural review into governing body Cricket Australia which forced chairman David Peever resign amid fierce reaction.

Finch, who replaced Tim Paine as skipper after the wicketkeeper led Australia to a 5-0 whitewash defeat away to England, said confidence was low but said they could turn it around in time for their World Cup defence in England in seven months.

“When guys are not performing as well as they can do, there’s always going to be a bit of doubt,” he said.

“But you’re only one good shot away from feeling on top of the world again. I think it’s about understanding it’s not all doom and gloom.”

The second match of the three-day series is in Adelaide on Friday.