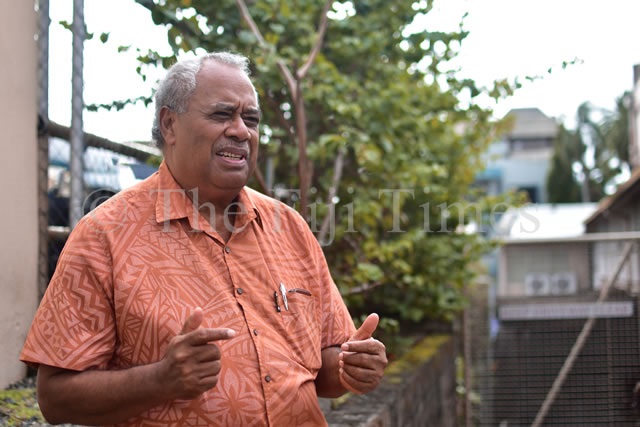 STABILISING revenue and removing wasteful expenses must be the first priority of any government in a crisis, says Unity Fiji party leader Savenaca Narube.

He claimed Minister for Economy Aiyaz Sayed-Khaiyum had done exactly the opposite by destabilising revenue further.

Mr Narube was responding to Mr Sayed-Khaiyum’s statement during a virtual public budget consultation from Singapore last week that they borrowed this year to pay for operating expenditure because Government has less revenue and the economy has contracted.

In response, Mr Narube claimed the statement by Mr Sayed-Khaiyum must be corrected because it was misleading.

He said claims by the Economy Minister that Fiji would pay less if it borrowed from offshore were also misleading.

He said borrowing must be fully repaid unless forgiven, and he believes this could indicate that Mr Sayed-Khaiyum was planning to ask for debt forgiveness.

He said governments borrowed locally but the difference was the amount and there was no such thing as borrowing smartly.

“And to top it all, Government is borrowing more so the future generation could borrow less. This is simply nonsense.

“The only reason the future generation would borrow less is because they would have to seriously cut expenses in order to have enough money to repay debt.

“This Government is putting a noose around the necks of our children with the heavy yoke of borrowing.

“This Government is giving the future generations no borrowing room at all. And that will be devastating to the economy.”

He said the Economy Minister had not provided an explanation on why Government had borrowed close to $3 billion each year.

“The explanation is this. Fiji is borrowing more because the revenue that Government collects is declining steeply and is unmatched by the reduction in expenditure.

“As a result, the gap between revenue and expenditure is widening, which needs to be funded by more borrowing.”