Sri Lanka will not extend emergency as protests tail off 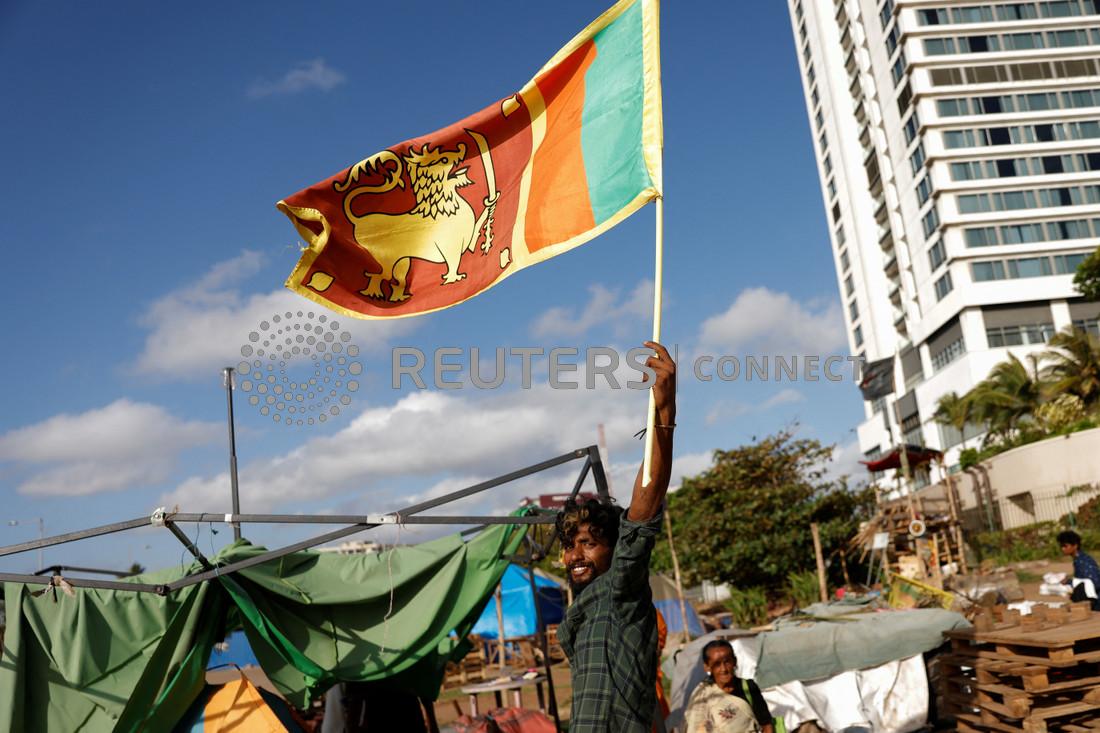 A protesters holds a national flag at a seafront tent camp that became the focal point of months-long nationwide demonstrations, as the deadline police asked them to leave the camp is approaching, amid the country's economic crisis, in Colombo, Sri Lanka, August 10, 2022. REUTERS/Kim Kyung-Hoon

COLOMBO (Reuters) -Sri Lanka’s state of emergency imposed in the middle of last month will not be extended beyond this week, President Ranil Wickremesinghe’s media office said on Tuesday, as protests against the country’s economic devastation petered out.

Lawmakers voted Wickremesinghe in as president on July 20 after his predecessor, Gotabaya Rajapaksa, fled a popular uprising against months of acute shortages of fuel, food and medicine.

Six-time Prime Minister Wickremesinghe imposed the emergency from July 18 when he was acting president, after tens of thousands of people stormed into government buildings, seeking solutions to the country’s worst economic crisis in more than seven decades.

Wickremesinghe’s office cited the president as saying at an event in the main city of Colombo that the emergency would lapse this week.

He has sought peace and political support to help advance bailout talks with the International Monetary Fund. The country has already defaulted on its sovereign debt.

S&P Global on Monday slashed its rating on Sri Lankan bonds to ‘D’, representing default, after the country missed interest payments due on June 3, June 28, and July 18, and a principal payment due on July 25.

The country is considering restructuring its local and foreign debt in the hope of securing a $3 billion IMF loan.