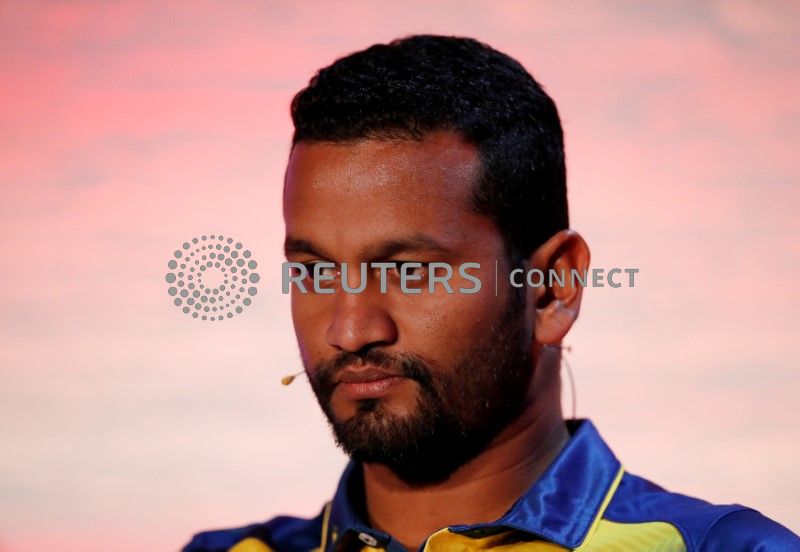 (Reuters) – Sri Lanka have arrived at the World Cup with a reshuffled squad and in patchy form but newly-appointed skipper Dimuth Karunaratne has backed the fresh faces to deliver when they begin their campaign against New Zealand in Cardiff on Saturday.

Sri Lanka have won 24 of 86 ODIs since stalwarts Mahela Jayawardene and Kumar Sangakkara retired after the 2015 World Cup, with the captaincy changing hands six times since.

They are ranked ninth of the 10 teams competing in the tournament, and the country’s board raised a few eyebrows by appointing Karunaratne to skipper the side in April, with the opener not having played an ODI in four years.

“It is not easy when you don’t know the players and they haven’t played a single game in a long time,” Karunaratne told a news conference on Friday.

“Even me, I came back into the side after four years so it is not easy.

“But if you get a chance you need to prove yourself. Every time you need to be hungry. Those new players who want to do well, they want to perform to stay in the team.”

Only six players in the squad have 80 or more ODI caps to their name – including veteran fast bowler Lasith Malinga – but Karunaratne said fresh faces like opener Avishka Fernando and all-rounder Isuru Udana bring an element of surprise.

“I think all the members did really well in the recent past I think at the domestic level. That’s why I select them, to give them a chance,” the captain added.

While the England and West Indies camps have talked up the chances of hitting the mythical 500-run mark, Kiwis captain Kane Williamson expects the “scrappy” cricket of the past to return in the latter stages of the tournament.

New Zealand reached the final in the 2015 edition but their all-out aggressive approach came unstuck in the decider as they finished runners-up to Australia.

“There has been a lot of talk about really high scores but I think there will be a number of games where that isn’t the case and it will require adjustment,” he said.

“It’s easy to get ahead of yourself and think, this is what we are going to need to do versus what do we need to do now in this current situation to give us the best chance?”

New Zealand will begin the tournament with a clean bill of health after wicketkeeper-batsman Tom Latham recovered from a finger injury.