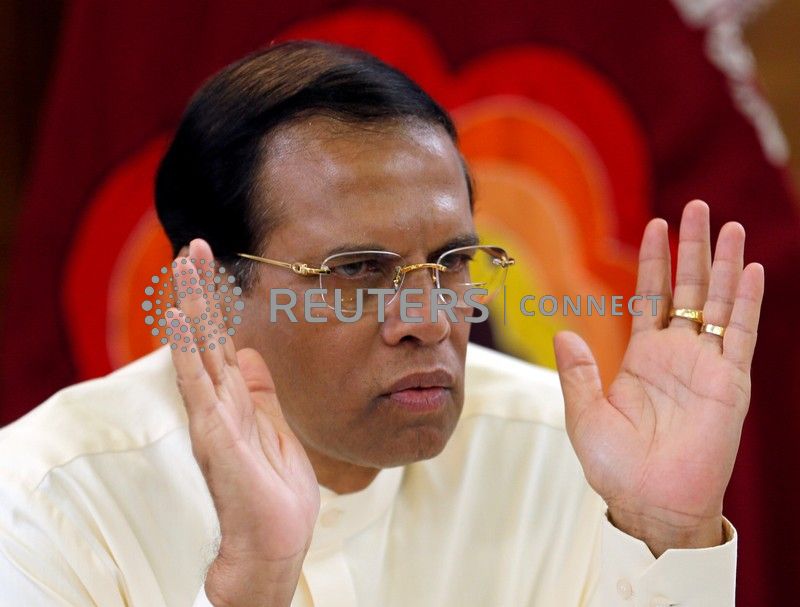 COLOMBO (Reuters) – Sri Lankan President Maithripala Sirisena has fired the country’s chief of national intelligence after he suggested the leader knew about warnings that deadly Easter bombings were in the works.

Indian intelligence agents sent several warnings to Sri Lankan authorities that a plot was underway, but Sirisena and Prime Minister Ranil Wickremesinghe have both said they were not briefed about the warnings before the April 21 attacks, claimed by Islamic state, which killed over 250 people.

A Parliamentary select committee led by allies of Sirisena’s rival Wickremesinghe is investigating possible lapses that allowed the Islamist militants to target hotels and churches.

In his May 29 testimony to parliament, intelligence boss Sisira Mendis said security council meetings were irregular, making it difficult to properly protect the island nation.

Mendis said that when he brought up the warnings during a meeting on April 9, director of the State Intelligence Service Nilantha Jayawardena, the direct link to the president, told him Sirisena had already been briefed.

On Friday, a day after two other critical testimonies, Sirisena announced Mendis’s removal in a move that could escalate political tensions over the parliamentary probe.

“Everybody who testified before the select committee are the officers whom I removed. We have sacked Sisira Mendis also,” Sirisena said late on Friday evening.

One minister told Reuters Sirisena had also threatened to end the probe on Friday.