Spurs’ boss Pochettino calls for calm ahead of PSV clash 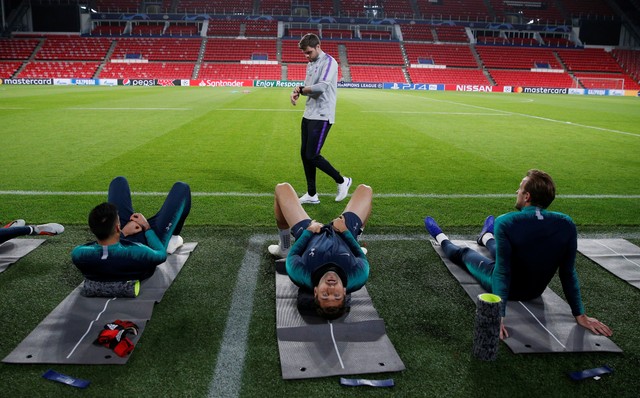 (Reuters) – Manager Mauricio Pochettino has warned Tottenham Hotspur’s fans to behave ahead of their trip to PSV Eindhoven in the Champions League on Wednesday, calling for no repeat of the unsavoury scenes that played out the last time the sides met.

Spurs last faced PSV in the UEFA Cup in 2008 in a match that was marred by clashes between rivals fans.

“My advice is to take care about what you are going to do,” the Argentine said at his pre-match news conference on Tuesday. “It’s about supporting your team but always with limits and try to behave in the way that we expect and want.

“We want the news tomorrow to be about what’s on the pitch.”

Both sides are seeking their first points in Group B, knowing that defeat would almost certainly end their hopes of reaching the last 16. Barcelona and Inter Milan, who have six points from two games, meet in Wednesday’s other game.

Spurs have enjoyed their best points haul from their first nine matches of a Premier League season, winning seven of them, but their performances have been solid rather than dazzling.

Pochettino said it had been a “massive challenge” juggling the demands of the new season with so many players having played deep into the World Cup in Russia.

“The situation that happened in the summer with the World Cup with not too much holidays and then you start to compete, for us it’s a massive, massive challenge,” he said.

Pochettino will be without injured trio Dele Alli, Jan Vertonghen and Danny Rose for the clash in the Philips Stadion but says his side can thrive in adversity.

“My approach is always to win. Today playing professional football is about playing under stress and I don’t believe tomorrow will be any different,” he said.

Pochettino has been boosted by the return of midfielder Christian Eriksen from an abdominal injury.

The Danish playmaker appeared as a late substitute in the win at West Ham on Saturday and could start against PSV.

“Eriksen is fit to be selected and we’ll see tomorrow if he is fit to play from the start of the game or from the bench,” Pochettino said.