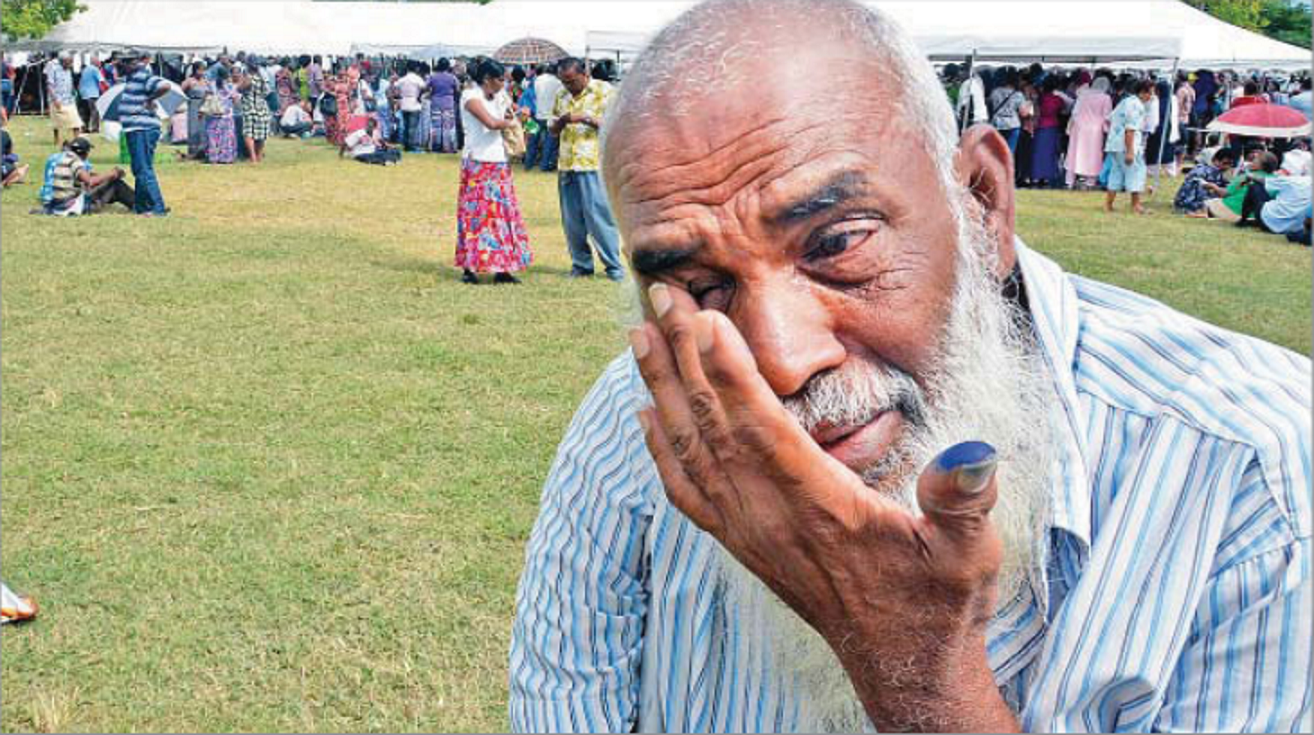 Tears of joy... Inayath Hassain in tears after he received his HOMES-CARE card at Shirley Park in Lautoka May 18. Picture: BALJEET SINGH

SPOT checks were carried out on recipients of the HOMES-CARE assistance at Shirley Park in Lautoka yesterday.Individuals who had successfully applied for the assistance were randomly quizzed by a team from the Ministry of Economy while others were advised to show officials the damage to their homes and household
items.

The inspection at Shirley Park was the first conducted by the Ministry of Economy after the HOMES-CARE program began last week.

Minister for Women, Children and Poverty Alleviation Mereseini Vuniwaqa said many were questioning how Government would identify those who lied in their forms.

“We have here with us an audit team from the Ministry of Economy and their job is to check the information that they will be giving us,” she said.

“That is the start of the audit process. If they find that people have lied to us, they will be prosecuted.”

However, a government statement confirmed that a grace period will be given for ineligible people to return their cards.

“Those Fijians who were not affected by TC Josie or TC Keni but who have already applied and received assistance under the CARE for FIJI program will be granted amnesty until May 27, 2018 to return their electronic cards, or any other form of assistance received, to government officials,” the government statement states.

“Abuse of CARE for FIJI program can include, but is not limited to, misrepresentation on application forms, members of the same household attempting to separately register for the same assistance program, the re-selling of assistance materials, or the spending of electronic cards at unauthorised vendors.

“All questions regarding the return of electronic cards can be directed to the CARE hotline 2273. The Fijian Government urges any ineligible CARE for FIJI recipient to take advantage of this amnesty period, as otherwise the consequences for abusing any CARE for FIJI program can be very serious.

“Under the False Information Act 2016, any false information given to Government for the purposes of receiving a benefit is an offence punishable by law, and may result in a requirement to repay the benefit, a fine of up to $20,000 or an imprisonment term of up to 10 years or any or all of the foregoing.