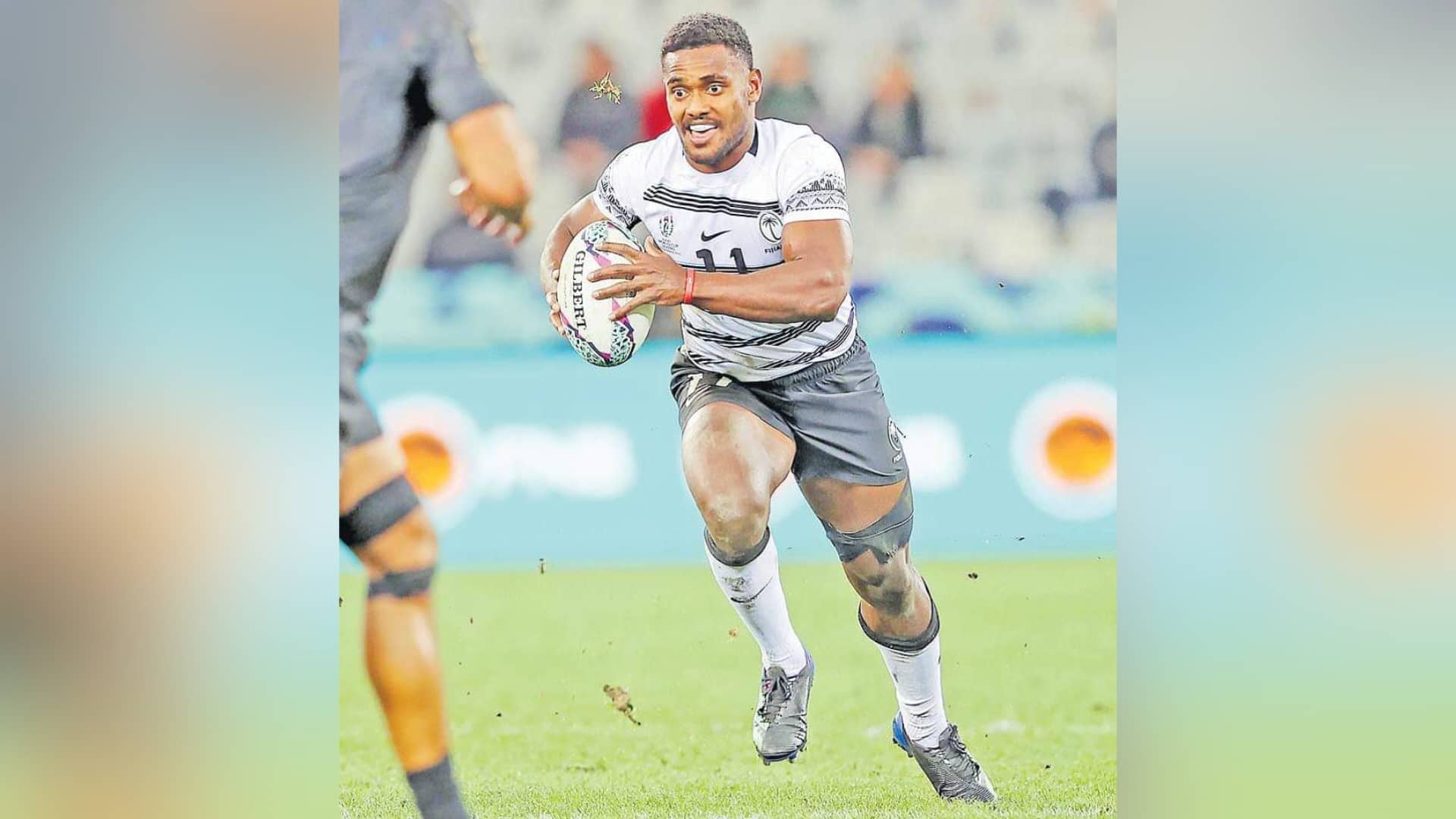 What a month of extravaganza for sports lovers!

The Rugby League World Cup concludes this week and also the autumn series international Tests, but there will be no shortage of fun, flair, excitement and entertainment as the 2022 FIFA World Cup football competition kicks off in Qatar.

At home, the Pacific Cup is gaining momentum, while the women are preparing to battle each other in the women’s football IDC.

The curtains, I’m sure, will fall on a high note as Police and Army battle for the prestigious Sukuna Bowl.

According to NRL News, history will be created on Sunday morning when defending champions Australia take on firsttime finalists Samoa at the Theatre of Dreams. The Kangaroos booked a spot in their 10th RLWC final with a hard-fought 16-14 win over New Zealand in the first semi-final, before Samoa stunned hosts England 27- 26 in a golden point thriller to advance to the decider. Having lost 60-6 to England in the opening game of the tournament it was a remarkable turnaround by the Samoans, who fear no-one as they stand on the verge of an incredible triumph. The Kangaroos are chasing their third consecutive RLWC title after winning in 2013 and 2017, and they are battle hardened after being pushed to the limit by the Kiwis in a physical clash at Elland Road. Samoa will enter the final as sentimental favourites and is sure to have the crowd on its side at Old Trafford, but the Kangaroos boast a remarkable record having been crowned champions 11 times. The final will deliver a mouthwatering match up. Go Toa Samoa!

Excitement in All Blacks camp for final test

According to New Zealand Herald, England and New Zealand have been playing each other in Test match rugby since 1905, with the first meeting between the two nations being in 1905, when the All Blacks were in England as part of their European and North America Tour. The All Blacks won 15-0 with their points coming from five tries, of which four were scored by winger Duncan McGregor. Their next meeting was on the All Blacks invincibles tour of 1924-25. The match was most notable for the sending off of All Black lock Cyril Brownlie, who became the first player to ever be sent off in a Test match. The All Blacks have never lost more than two consecutive matches to England, and have dominated the rivalry between the teams. Of the 42 matches between them, NZ has won 33 and England eight, with one draw. In 2008, the Hillary Shield was introduced as the trophy to be contested in matches between the two teams. The last time the two sides met was in 2019 at the Nissan Stadium in Yokohama, and the battle was won by England 19-7. In 2018 and 2014 at Twickenham, the All Blacks stunned the Red Roses 16- 15 and 24-21, respectively, and during England’s three-Test tour series in the Land of the Long White Clouds, the Roses lost 13-36, 27-28 and 15-20, respectively. Hence, the All Blacks will aim to avenge the 2019 loss to the Red Roses. It’s about planning and clarity, and there is excitement in the camp as playing at Twickenham is always a special occasion. That would be more the case after coming through a tough Test against Scotland. The manner in which the All Blacks achieved the win put them in a great position heading to London although the match produced moments of over-enthusiasm, rushing at a few things, and getting frustrated at scrum time. Fans can expect great play, loads of offloads and great running game. The All Blacks are unbelievably physical, with a really good scrum and great setpiece.

It’s a proud moment that two of our rugby players have been shortlisted for the 2022 World Rugby Awards. Fiji Airways men’s 7s rover and Stade Montois new recruit Kaminieli Rasaku and Fijiana Drua flyer Vitalina Naikore made the cut. Rasaku has been nominated for the World Rugby Men’s 7s Player of the Year in partnership with HSBC. Rasaku is one of the four nominees for the award alongside Ireland’s Terry Kennedy, who is the favourite to scoop the award, and Australia’s Nick Malouf and Corey Toole. Rasaku, who hails from Navunimono Village in Verata, Tailevu, won the Melrose Cup for Fiji in Cape Town in September. After Samisoni Viriviri and Jerry Tuwai, who won the Best 7s Player Awards in 2014 and 2019, Rasaku is aiming to become the third Fiji 7s player. On the other hand, Nadivakarua, Kubulau, Bua lass and Fijiana speedster Vitalina Naikore is a nominee for the World Rugby Women’s 15s Breakthrough Player of the Year alongside Black Ferns Ruby Tui and Maia Roos and England’s Maud Muir. Naikore had a great season in Super W competition and with the Fijiana. All the best to the duo!

Football fans are beaming with excitement as the 2022 FIFA World Cup is fast approaching and that can only mean one thing, it’s time to start scribbling in your wall charts, predicting who will make it all the way to the final and which big names might fall short. Fans have purchased their teams football jerseys and other souvenir pieces. As a fan following international football, I pick on Netherlands, Senegal, England, Wales, Argentina, Poland, France, Denmark, Spain, Germany, Croatia, Belgium, Brazil, Serbia, Uruguay and Portugal to make the round 16 playoffs. It’s going to be tight, but teams such as Argentina, Brazil, Belgium, Spain, Germany, Portugal and France are expected to make the quarters. For me, the last time I tasted World Cup success was in 2002 when Brazil beat Germany 2-0. Since then it has been Italy, Spain, Germany and France. Let’s hope Brazil can rise, reclaim lost glory, and re-live the days of Cafu, Ronaldo, Rivaldo, Roberto Carlos, Ronaldinho, Kaka, Marcos, Lucio, Gilberto Silva, Paulista and Kaka. Go Brazil!

rewarded I conclude this weekend’s article with a reflection of the Fiji Teachers Union (FTU) Suva branch annual dinner night and awards night which took place on Thursday at the FTU headquarters. The celebration went hand-in-hand with a cake-cutting ceremony to commemorate Pinktober and Movember. The evening lit up with the presence of FTU national executives and union stalwarts as Suva’s hard work and determination was rewarded. Suva won football and men’s volleyball during the oneday Southern Zone sports battle at Navua’s Vashist Muni Primary School. Competition, as usual, was tough, as the three branches – Suva, Rewa and Navua had prepared well. In football, the Whites engineered themselves to the top of the pool, beating Nasinu and defending champs Rewa 2-1 in pool matches, but went down to Navua 2-3 in its final pool match. District reps Jone Naraba and Ravikash Krishna featured for Suva and played a vital role in helping the Whites win the football competition. In men’s volleyball, Suva upset Nasinu, and remained undefeated to win the title for yet another year. Suva and Navua finished second in netball and women’s volleyball, respectively. Suva’s hard work, team bonding, fighting character and spirit were evident. It was an emotional moment for me as the football team received the Pushpa Wati Lingam trophy in honour of my mother, thus, the need to reward the players to build a competitive squad for next year’s annual conference in Labasa. Been at the helm of FTU Suva since 2008, has never been easy, but the support of the executives, players and my beautiful family has been tremendous.