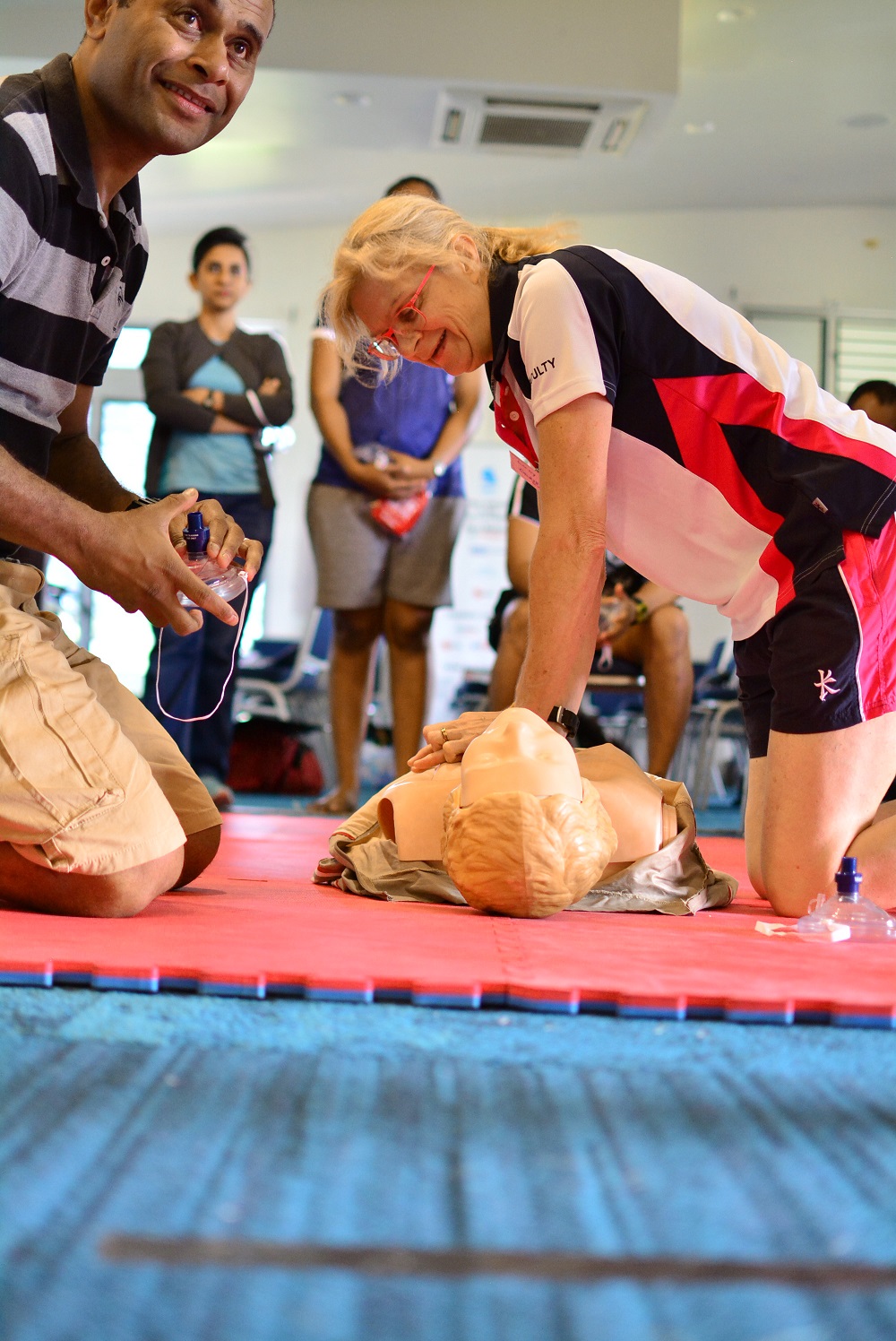 THE Fiji Association of Sports and National Olympic Committee (FASANOC) in partnership with Oceania Rugby and World Rugby hosted a two-day workshop for pre-hospital immediate care in sports which was held over the weekend in Suva.

The workshop which was led by Hong Kong Rugby Union head of player welfare and medical, Lucy Clarke hosted 20 medical personnel who were doctors, physios and nurses from around the country.

Course co-ordinator Cathy Wong said the workshop was the first of its kind to give level two accreditation to medical personnel who work on the pitch side.

“This is part of the FASANOC strategic plan in ensuring that the support staff for athletes is competent and they are qualified to work with the athletes.

“This is something like coaching levels where you have level one, two and three so for medical we have the same requirements. Our medical staff must be able to get level two qualification in order for them to work pitchside with the athletes,” said Wong.

There were two processes that the medical personnel had to go through in order to get their final accreditation.

“There are certain criteria that are followed in order to get the level two accreditation and the first process was for these doctors to sit for a pre-reading online test which was a 100 per cent pass before they can come to phase two which is this workshop. After the workshop, they will then sit for a written exam which is 80 per cent pass rate.

“Once they have ticked all those boxes, then they will be able to say they are competent on doing pitchside care,” said Wong.

Wong stressed the importance of every sporting body to have accredited medical personnel in looking after their athletes.

“The main purpose of this workshop is that on any sporting events you go to, you have to be able to have a medical team who can assess, manage and treat athletes before they are sent to hospitals and we are talking about traumatic injury.

“We want all medical personnel to be all of the same level, which is competent and qualified enough to look after athletes pitchside,” said Wong.