Split with Bajin not over money: Osaka 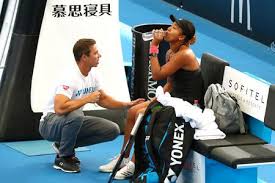 (Reuters) – World number one Naomi Osaka was adamant that her shock split with coach Sascha Bajin had nothing to do with money but it was because she was determined that her career would not be about putting “success over happiness”. The German had guided the Japanese player to back-to-back Grand Slam titles as well […]