Spieth getting short game in order right in time for Masters 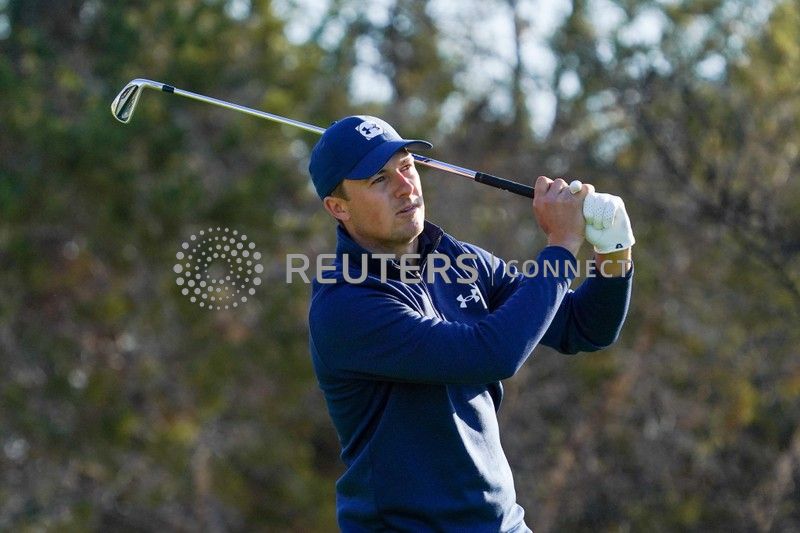 (Reuters) – Jordan Spieth came into the Valero Texas Open mainly looking to fine-tune his short game ahead of next week’s Masters and on Thursday he did just that as he grabbed the early first-round clubhouse lead.

Spieth was a little loose off the tee in tough conditions at TPC San Antonio but more than offset that with a sublime short game en route to a five-under-par 67 that left him one shot clear after the morning wave.

“I didn’t quite hit it as good as I have been, but certainly the short game came through,” Spieth said. “Just kind of put a little more emphasis on that this week, so kind of a little balancing act right now trying to get enough work in on all facets of the game.”

For Spieth, who has shown signs that he could soon snap a victory drought that dates back to the 2017 British Open, the score marked his lowest in 19 career rounds at the Valero Texas Open.

Spieth finished in a share of 46th place at last November’s Masters and missed the cut in his next event. But the 2015 Masters winner has since found a new gear and recorded five top-15 finishes in his last six starts.

Augusta National will surely present much tougher challenges but a resurgent Spieth, who has four top-three finishes in seven Masters starts, appears to be gaining confidence in his game.

“Wedged it better than I did the last couple of events and chipped the ball really well,” said Spieth. “I didn’t have much stress for par after missing greens.”