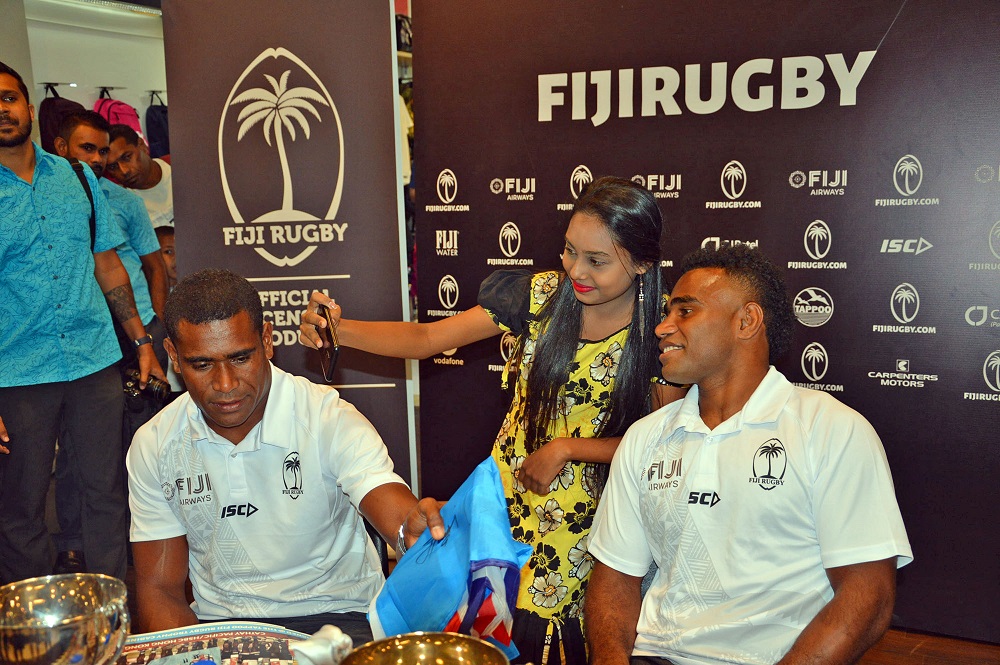 Pooja Chand gets a selfie with Fiji Airways Fiji sevens reps, Aminiasi Tuimaba, left, and Jerry Tuwai, during the players meet the fans at Tappoos City in Suva on Friday, May 03, 2019. Picture: VENINA RAKAUTOGA

Chand, who attends Assemblies of God High School, presented Tuwai with a gift wishing him happy birthday at Tappoos City in Suva yesterday.

“Jerry is a humble and a family man, he never puts himself high, he is always a low profile kind of person and that is why I look up to him,” Chand said.

“In all his games whether they lose or win, he always thanks the Lord for giving them the strength and that is why he (Tuwai) is different from other players.”

She gave Tuwai a bula shirt along with a birthday card wishing Jerry a happy birthday.

“Even though it’s too late, I just wanted to show Jerry my appreciation for giving up his time to represent the country.

“I met Tuwai last year during my birthday so returning the favour, my friends and I decided to come and see him here and personally give him my present.”

Pooja said Jerry was a former student of AOGHS and she was also proud to attend that school.