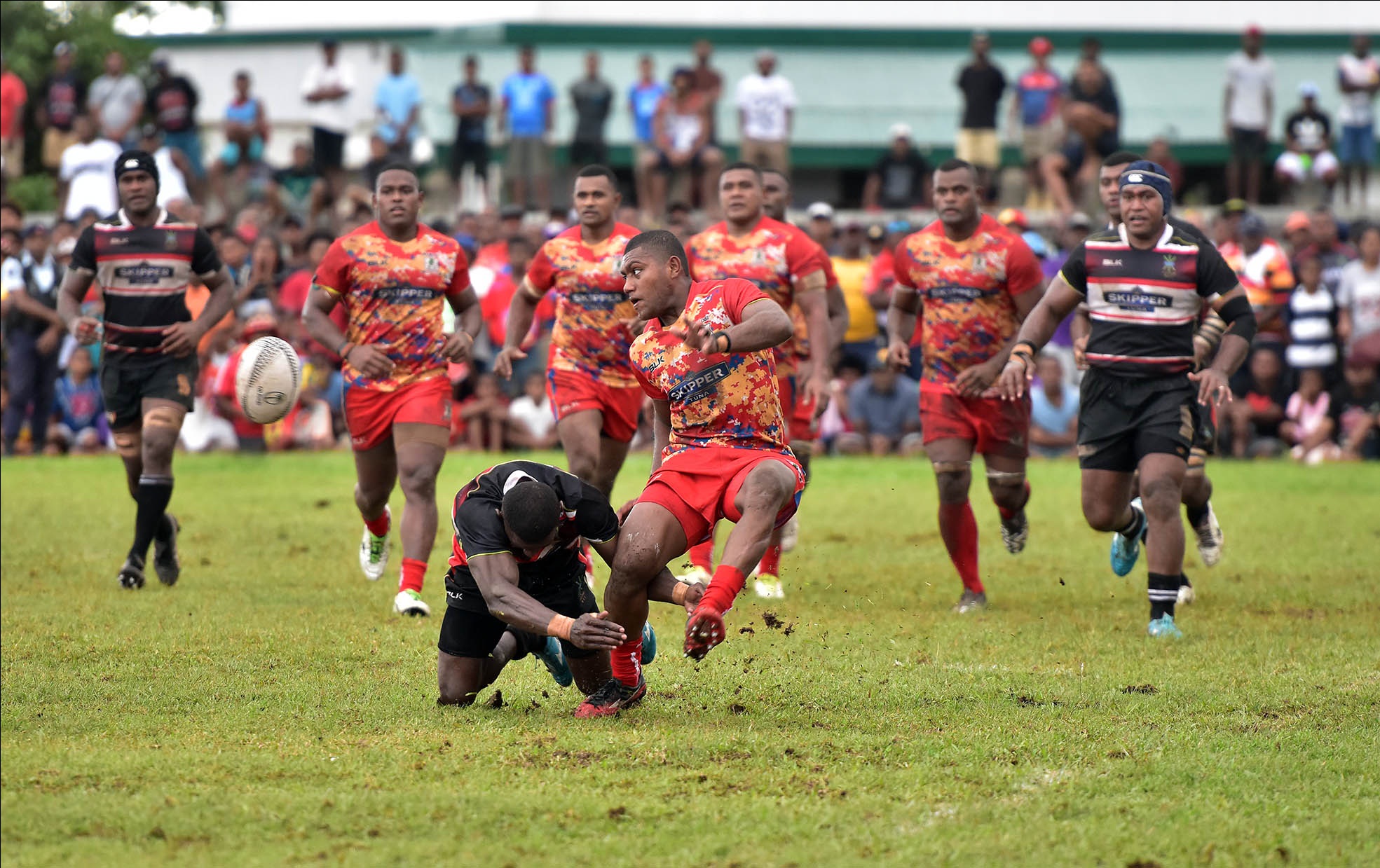 Peni Matawalu of Namosi releases the ball against Naitasiri during the Farebrother cup challenge at Thomson Park in Navua yesterday. Namosi retained the trophy by beating Naitasiri 17-15. Picture: RAMA

Peni Matawalu landed in Paris, France yesterday morning in preparation for his debut for the Flying Fijians’ Autumn Nations Cup Test against France in the next fortnight.

Simultaneously at his Dama Village in Ra, his mother Adi Aloesi Bukalidi-Matawalu, knelt beside her bed clutching her son’s old passport while praying.

“Immediately after my prayer session, the telephone rang. It was Peni. He was excited.

He yelled out ‘Na au sa yaco i Parisi’ (Mother I have arrived in Paris,” Adi Aloesi said.

“We spoke every morning and evening. He said they were safe in Paris and all looking forward to the game against France.”

“Peni is our luck baby. I had a vision when I was pregnant with him. My husband was then a church minister in Keiyasi, Navosa. I told him; ‘our son will be a special baby’. That was even before he was born. Today that special baby is making the family proud by being a Fiji rep.” 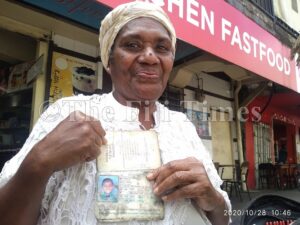 Matawalu comes from a sporting family. His mother is the eldest of the Bukalidi family, well known in rugby, football, bodybuilding and netball.

His father (late) was a church minister, a soldier, and a rugby player.

His elder brother is enterprising Flying Fijians halfback Nikola Matawalu, who plays for Glasgow Warriors in the Pro14 league and in the European professional club rugby competiton.

“There is competition among the brothers. Jr (Nikola) has encouraged him to get a Test cap for Fiji, and Peni is excited that he has been called for the tour.

He called from Sydney after they left on Tuesday and yesterday when they arrived in Paris.

“It has been a journey raising my children after the death of their father. Peni was 14 then. I thank my children because we all contributed as a family and others who helped us make Peni achieve his dream in rugby.

“He cut short his secondary education to concentrate on rugby. His brothers and sisters helped him and now we are reaping the fruit of our hard work. His dream was to become a Fiji rep. He listened to everyone and always put God first.

“Today God has rewarded him,” she said.

The Flying Fijians rugby team marched into camp this week in Paris.

“Some players from France are moving into camp and everyone is expected to be at camp as they prepare for their first Autumn Nations Cup match against France,” said Fiji Rugby Union chief executive officer John O’Connor.

“There are strict guidelines to follow under the COVID-19 compliance that once the players arrive into camp they cannot leave camp except for training.”

The four local players that left the country on Tuesday to join the team are lock Chris Minimbi, fly half Tuidraki Samusamuvodre, Nadroga prop Jone Koroiduadua and halfback Matawalu.

Also part of the group was Rebels halfback Frank Lomani and some officials. It is not known whether the Flying Fijians will play Portugal in a warm-up match this week and whether the Test will go ahead after France announced a second lockdown because of the COVID-19 pandemic.

France 24, a media element, yesterday reported that French president Emmanuel Macron has announced a new nationwide lockdown from Friday (today) to stem a surge in coronavirus patients in French hospitals, warning that the second wave of the virus is “likely to be deadlier than the first”.