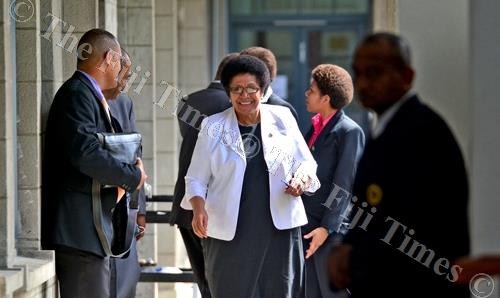 Dr Jiko is understood to have passed away this morning at the age of 72 after a short illness.

Dr Jiko continued in her role as the Speaker of Parliament after being reappointed earlier this year, her second term in office.

She was the first Fijian woman to hold the position of Speaker and was a dentist by profession.

She also served in various ministerial portfolios under the FijiFirst government before being appointed Speaker to Parliament.

Dr Jiko, who hailed from Nukuni, Ono-i-Lau is survived by her husband, five children and seven grandchildren.

A statement from Parliament stated that details of the funeral arrangements will be announced in due course, in consultation with her family.

“We pray for God’s peace upon herfamily at this time of sorrow,” the statement read.