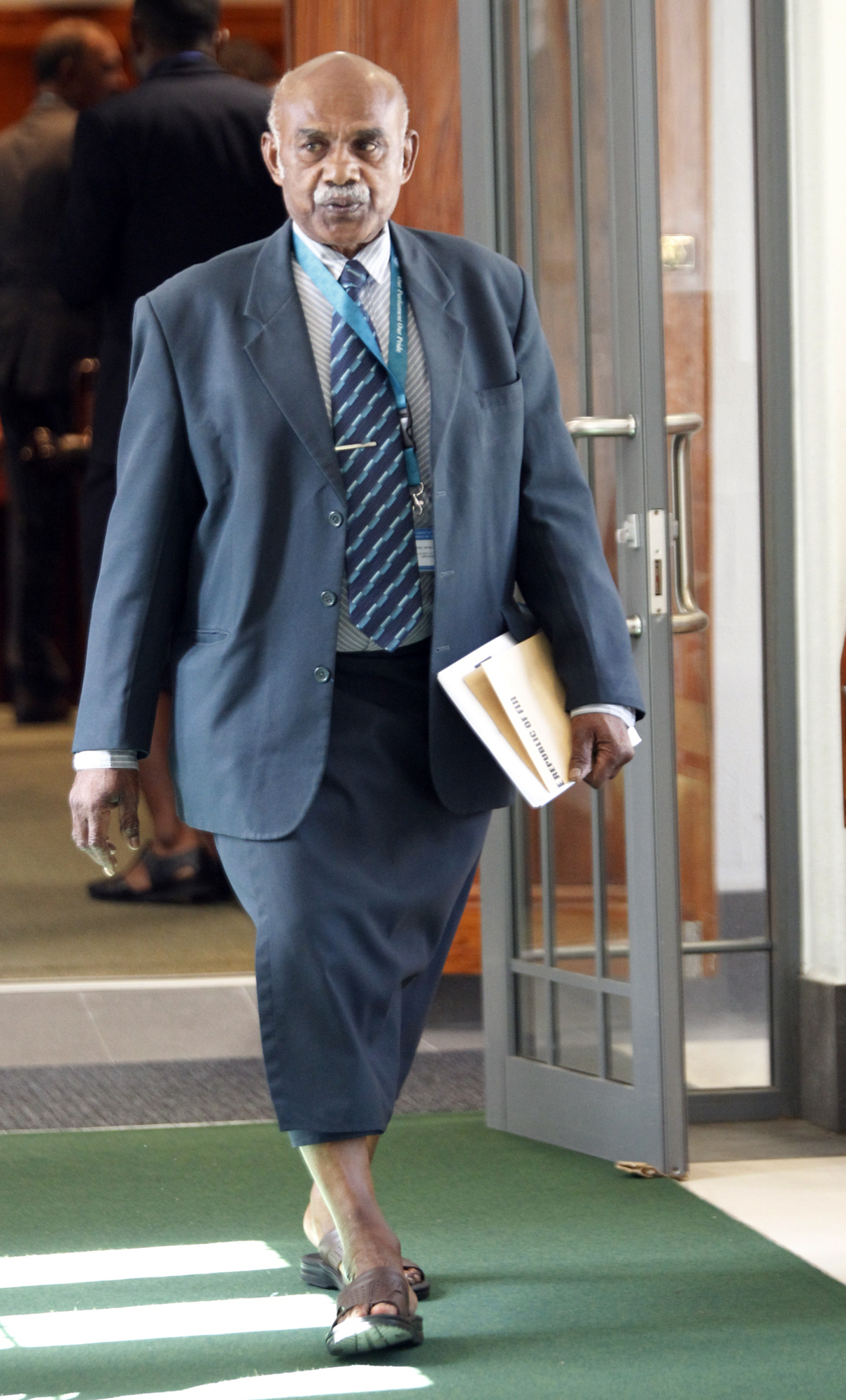 PARLIAMENT Speaker Ratu Epeli Nailatikau this week ruled out of order MP Mitieli Bulanauca’s petition that sought Parliament to ensure a fair return and effective participation of resource owners in the development and utilisation of the forest resources.

Parliament heard that the petition sought, in particular, to revert the ownership of pine and mahogany plantations to the landowners.

As such, he said this petition could not be allowed under Standing Order 37, clause (2)(b).

“Honourable Members, it must be emphasised that there are existing written laws that cater for forests, as well as pine and mahogany forests and industries. These include: a) The Fiji Pine Act of 1980; b) Mahogany Industry Development Act of 2010; and c) Forests Act of 1992,” Ratu Epeli said.

“These laws make specific provisions for pine and mahogany plantations, as well as for native timber species.

“Furthermore, under the iTaukei Lands Trust Act of 1940 and the State Lands Act of 1945, numerous iTaukei and State lands are leased for various purposes, including forestry for pine and mahogany. These leases are legal instruments which are issued under written law.”

Ratu Epeli reminded the members that the Bill of Rights enshrined in the Constitution prescribed protection of ownership and interest in the land.

He said it also provided for protection from arbitrary eviction.

“As a Legislative Arm of the State, Parliament has a constitutional duty to ensure that these fundamental rights are upheld and respected, and not undermined in any way.

“Honourable Members, given the above, it is only improper for Parliament to make any determination with respect to ownership of these leases as legal instruments.

“Parliament does not have the authority to revert the ownership of lands which are held under a leasehold by any person or entity, including Government companies.

“Any action with respect to an existing lease must be taken in accordance with the leases.

“Any matter of enforcement or negotiations of such leases must be addressed in accordance with the established law by the lessor and lessee who are legal parties to these leases.”

Ratu Epeli said that leases issued under written law for iTaukei lands for forestry provide for returns to the landowners for the use of their land, including lease premium, lease rental, stumpage, as well as forest levies.

“Indeed, it is public knowledge that landowners who have leased their lands for pine plantation to Fiji Pine Limited have received an additional lease security bonus payment, amounting to almost $12million since 2013.

He said given that there were adequate legal mechanisms for the leasing of iTaukei lands, any negotiation or renegotiation of any lease was the prerogative of the executive, with respect to leases taken by the State or any State entity under existing written laws.

He said such matters were to be addressed by the executive, and not Parliament.