Spanish rescuers to drill for boy trapped in well 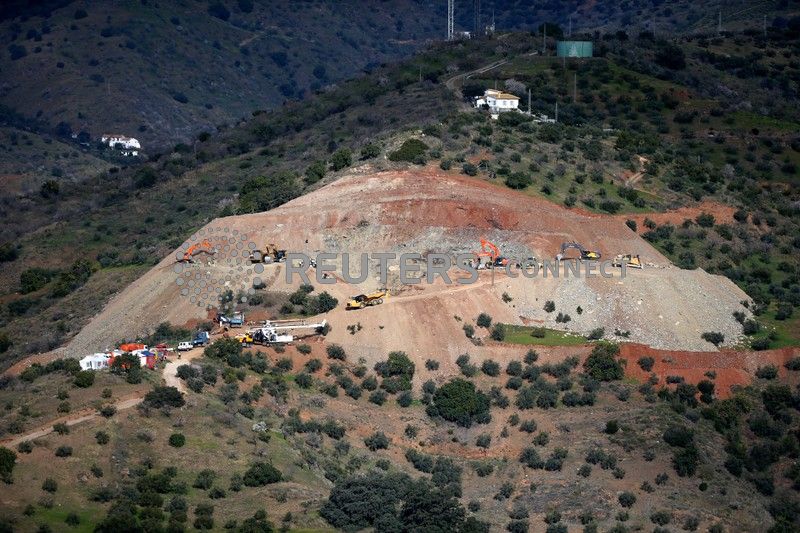 An idle drill (bottom) is seen next to diggers and trucks removing sand at the area where Julen, a Spanish two-year-old boy fell into a deep well six days ago when the family was taking a stroll through a private estate, in Totalan, southern Spain, January 19, 2019. REUTERS/Jon Nazca

TOTALAN, Spain (Reuters) – Trucks brought drilling equipment and giant pipes on Friday evening for rescue workers to dig a tunnel towards a two-year-old boy trapped in a deep well in southern Spain since Sunday.

The whole nation is holding its breath for the outcome, not least because Julen’s parents lived another family tragedy in 2017. According to media reports, their three-year-old son died suddenly while walking along a beach not far from Totalan.

“It’s as if Julen were everyone’s son,” Angel Vidal, an engineer involved in the rescue effort, told reporters.

The child fell into the well, which is just 25 cm (10 inches) wide and 100 metres (yards) deep, as his family walked through a private estate in Totalan, Malaga.

Officials said they were not losing hope of finding the boy alive, but the operation would take at least a few days.

Drilling on the first tunnel is expected to start on Friday night and will take around 15 hours to complete.

A second tunnel is also planned after rescuers have erected a platform to remove earth and debris.

Interior Minister Fernando Grande-Marlaska thanked public and private entities for “putting all their means at our disposal” in what he called a very complex rescue operation.