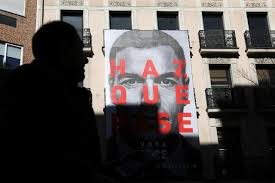 MADRID (Reuters) – Spain’s Socialist Party is tipped to win the country’s April 28 elections in a poll published on Saturday, which showed the Socialists taking more than 31 percent of the vote.

The GAD3 poll for Spanish newspaper La Vanguardia showed the Socialist Party would be close to securing a majority with the support of two other parties.

Prime Minister Pedro Sanchez’s Socialists could reach the 176 seats needed to hold a majority in the parliament with support from leftist Podemos and the Basque Nationalist Party (PNV), the poll results showed.

A right-wing coalition of the conservative People’s Party, centre-right Ciudadanos and relatively new far-right party Vox would secure around 160 seats, falling short of a majority.