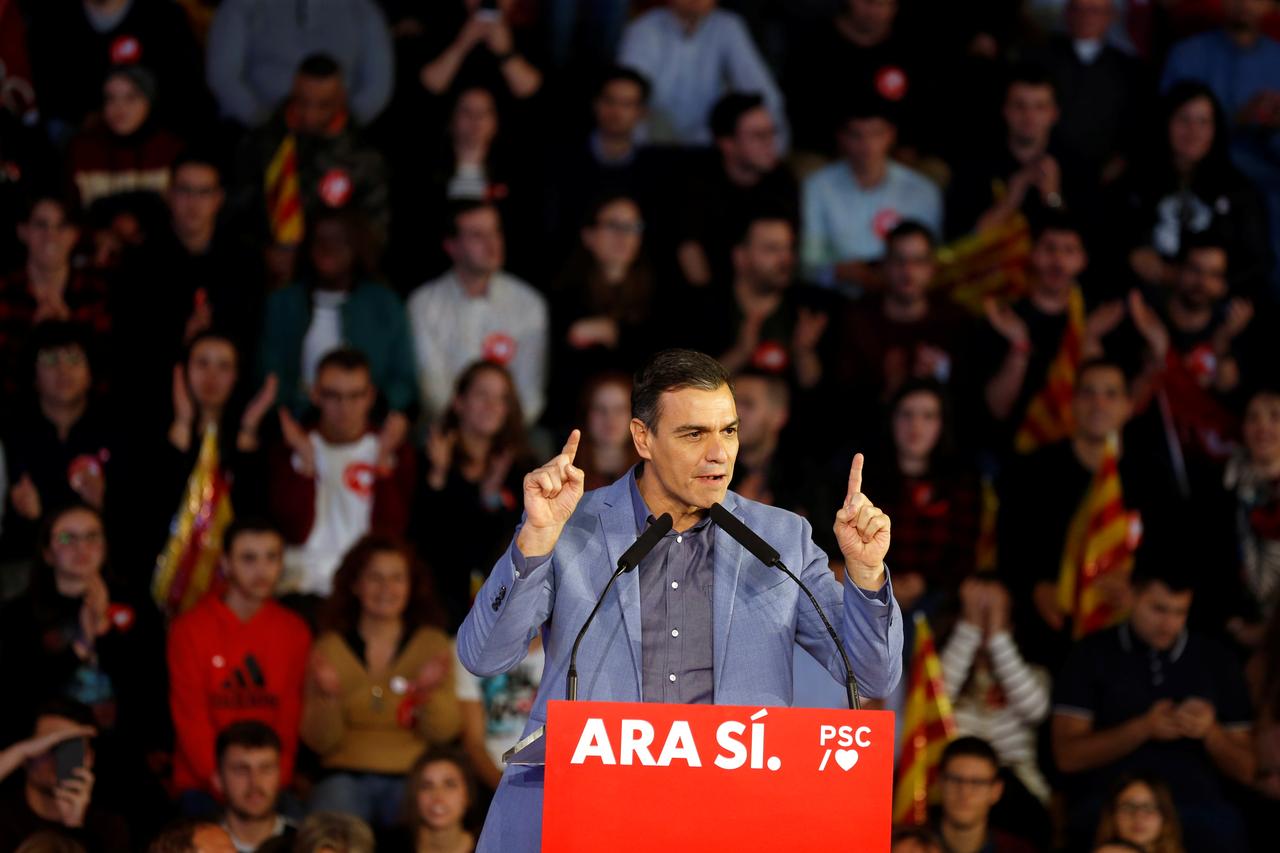 MADRID (Reuters) – Spanish political leaders made a last-ditch appeal to undecided voters on Friday as campaigning closed for a snap election that looks unlikely to resolve the country’s entrenched parliamentary gridlock.

Polling suggests that nearly a third of voters are unsure who they will vote for in Sunday’s ballot, which is set to result in a stalemate with no party or bloc gaining a majority in the 350-member parliament.

Speaking at a rally in Barcelona, acting Prime Minister Pedro Sanchez said a vote for his Socialist Worker’s Party (PSOE) was the only way to end the political paralysis, while putting the brakes on far-right party Vox.

“To those who voted for the Socialist Party and now have doubts and are undecided about whether to vote on Sunday, we tell them we will make it possible this time to have the government Spain needs,” he said.

Unrest in Catalonia, which erupted last month after a group of separatist leaders were handed lengthy prison sentences for their role in a failed independence bid, has dominated the runup to the election.

This has potentially provided a boost to right-wing parties who take a harder line against separatism, and weighed on the popularity of Sanchez.

The rise of new parties such as Vox, center-right Ciudadanos and left-wing Podemos in recent years has fragmented the vote and upset the traditional dominance of the Socialists and the conservative People’s Party (PP), leading to a series of inconclusive elections.

Sanchez’s Socialists are on track to gain the most seats on Sunday but fall short of the 123 won in April, according to polls, meaning they will have to look for allies to form a government.

At a rally in Madrid, PP leader Pablo Casado emphasized his respect for Ciudadanos and Vox, but called upon former PP voters who have switched their allegiance to return to avoid splitting the conservative vote.

Laying the blame for the current paralysis and the violence in Catalonia on Sanchez, he suggested the future of the Spanish nation was at stake.

“We need your support on Sunday to kick Sanchez out, return to economic progress and protect national unity,” he said.

Meanwhile, polls show Vox is on track to almost double its seats in Parliament, leapfrogging Podemos and Ciudadanos to become Spain’s third largest party after taking a hardline stance against separatism.

We face a genuine national emergency in Catalonia,” he said “Because today a supporter of a coup d’etat (against Spain) is in charge of the Catalan government.”

Lucia Rodríguez-Jurado, an 18-year old student who attended the rally, said she was voting for Vox because she sees it as the only party that can defend national sovereignty.

“We just want the problem in Catalonia to end and for national unity to be restored,” she said.