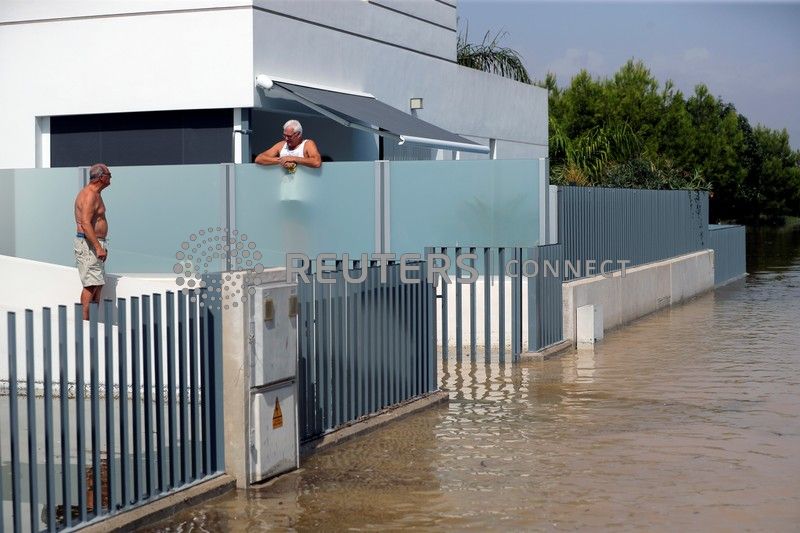 MADRID (Reuters) – The Spanish government on Friday approved a set of measures valued at 774 million euros ($850 million) to help the municipalities affected by deadly floods earlier in September, as well as by wildfires in the past few months.

Seven peopled died in record-breaking torrential rains and flooding on Sept. 12-13 that prompted the closure of airports, railway tracks and schools in southeastern Spain.

Wildfires in July, August and early September hit several areas of the country. One massive blaze on the island of Gran Canaria left a path of destruction of 10,000 hectares (40 square miles), mostly in protected natural parks.

“These are exceptional measures so that those citizens affected get normalcy back in their lives,” acting interior minister Fernando Grande-Marlaska told a news briefing after a cabinet meeting.

The measures include direct help to households and fiscal exemptions for businesses.

Small-farmers’ union UPA estimates that the heavy rains alone caused losses of hundreds of millions of euros to the agriculture sector. The organization also asked for help from the European Commission, it said in a statement.