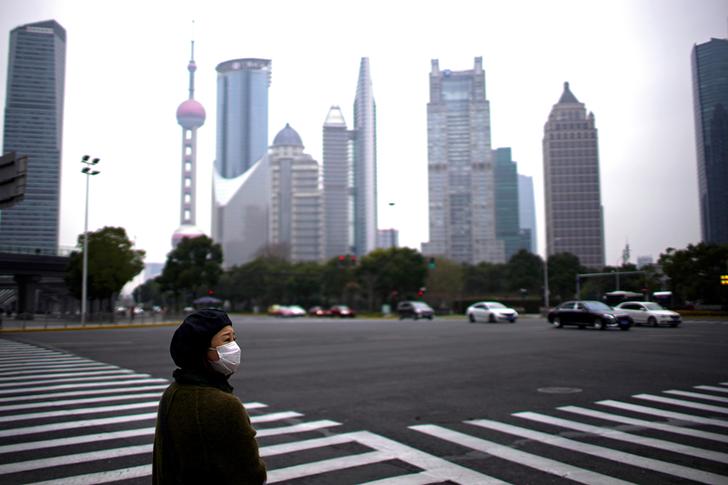 A woman wearing a protective mask is seen in Shanghai, China, as the country is hit by a novel coronavirus outbreak, at the Pudong financial district in Shanghai, China February 28, 2020. REUTERS/Aly Song TPX IMAGES OF THE DAY

New York (Reuters) – The S&P 500 fell for the seventh straight day on Friday and the benchmark index suffered its biggest weekly drop since the 2008 global financial crisis on growing fears the fast-spreading coronavirus could push the economy into recession, although stocks regained some ground right at the end of a volatile session.

The Dow and the Nasdaq also registered their deepest weekly percentage losses since October 2008.

On Thursday, all three indexes had confirmed corrections by finishing more than 10% below their closing record highs.

Equities found some support after U.S. Federal Reserve Chair Jerome Powell said the fundamentals of the American economy remained strong and that the central bank would act as appropriate to provide support.