Southern EU leaders back Cyprus in gas dispute with Turkey 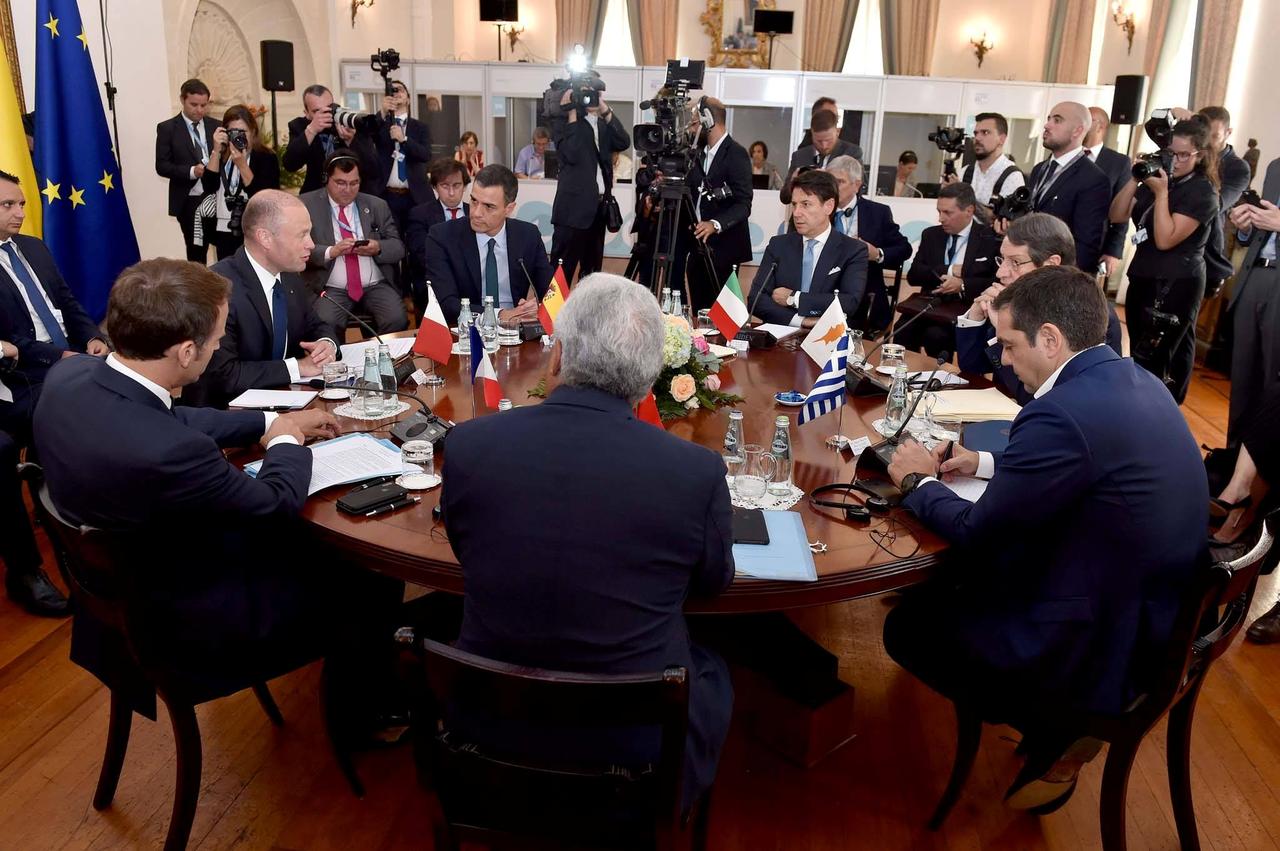 The discovery of lucrative energy reserves has exacerbated tensions between Turkey and Cyprus which date to an ethnic conflict in 1974 that split the island between its Greek and Turkish Cypriot populations. The Turkish-speaking northern part of Cyprus proclaims independence, recognized only by Turkey.

Cyprus said this week it had issued arrest warrants for the crew of a Turkish drill ship it accused of infringing territory over which it claims the right to explore for oil and gas.

Turkey has overlapping claims of jurisdiction for offshore research in the Mediterranean and argues that Turkish Cypriots also have a right to a share of the newfound resources. Ankara said reports of the arrest warrants “crossed the line”.

EU leaders in Malta threw their weight behind Cyprus.

“Turkey must stop its illegal activities in the exclusive economic zone of Cyprus,” said French President Emmanuel Macron. “The European Union will not show any weakness on this subject.”

Greek Prime Minister Alexis Tsipras said: “It’s important to signal that the EU should take specific measures if Turkey does not stop its infringing behavior. Whoever doesn’t respect international law must suffer the consequences.”

Turkey has bid for EU membership, but its candidacy is frozen, with the EU executive in May saying its hopes of joining were fading because of backsliding on rights and rule of law.

The gathering in Malta came a week ahead of a full summit of EU leaders, which falls at a time when a number of top jobs in Europe are up for grabs — including new heads of both the European Commission and the European Central Bank (ECB).

Italian Prime Minister Giuseppe Conte said he hoped the southern EU leaders could work together to make sure their interests were respected.

“I hope to get everyone’s agreement for greater cohesion on the part of the southern EU states. Sometimes we make the mistake of splitting, while other groups, like those in the north, are more united,” he said.

Earlier this week a government source in Rome said Italy was ready to back a French candidate to lead the ECB as part of a plan to ensure an Italian retained a seat on the central bank executive board.

Conte, who leads a government that includes the anti-immigrant far-right League, also expressed disappointment that the EU had yet to agree a comprehensive immigration policy, with promises unfulfilled to disperse migrants across the bloc.

“It is unacceptable that we continue to declare abstract solidarity for all, but then fail to translate this into concrete measures,” he said.