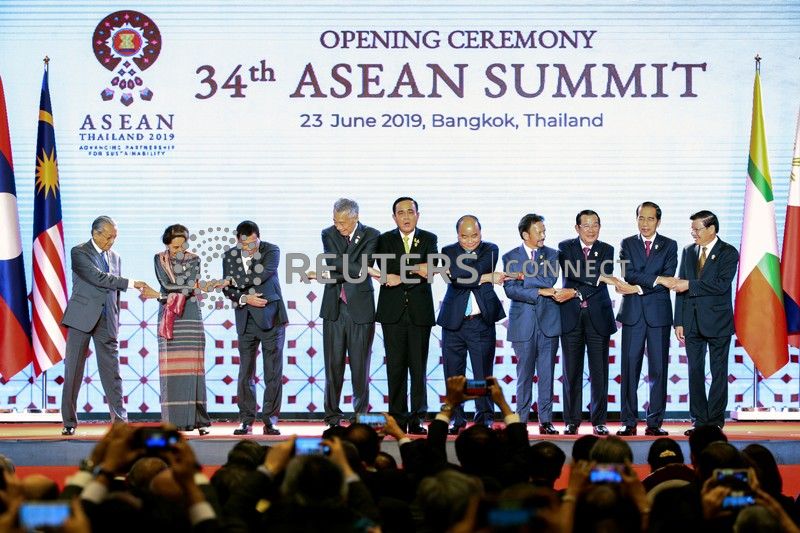 BANGKOK (Reuters) – Southeast Asian countries will jointly bid to host the World Cup in 2034, Thai Prime Minister Prayuth Chan-ocha said on Sunday, after meetings between the region’s leaders in Bangkok.

Asia has held the quadrennial showpiece of international soccer only once when Japan and South Korea were joint hosts in 2002 and Qatar will bring it back to the continent in 2022.

“The leaders have support of the region to host the FIFA World Cup in 2034, if possible,” Prayuth said in a concluding news conference of this year first summit for the 10-members Association of Southeast Asian Nations (ASEAN).

“I would like to invite the people of ASEAN to support the soccer associations in their countries in order to realise this dream,” he said.

The region is home to more than 640 million people, many of whom follow soccer avidly even if their national teams are relative minnows with none having ever qualified for the World Cup finals.

The idea of ASEAN hosting the World Cup was first mooted at the beginning of the decade and advocates say the move could help raise the region’s profile and integration.

However, experts said more needs to be done to iron out the details of how the 10 countries should proceed with the bid, including the possibility of fielding one regional team consisting of the best players from the region.

“Hosting the World Cup would raise ASEAN’s global standing, and the first time a regional intergovernmental bloc would host a sporting event of such significance,” Fuadi Pitsuwan, a public policy scholar at Chiang Mai University and a long-term advocate of the initiative told Reuters.

The ASEAN bid would also be competing with China which is widely seen as the front-runner to host the next tournament in Asia.

“There is something to gain from the process of bidding itself, so winning the bid is secondary, the point is to bid and rally ASEAN regionalism to create a sense of community,” he said.

“Friendly competition with China in this realm is great for unity, much better than political and social tensions.”

The 2002 edition is the only World Cup to have been hosted by more than one nation but the United States, Canada and Mexico will jointly stage the 2026 tournament.

Myanmar and Thailand have expressed interest in co-hosting the under-20 World Cup in 2021, soccer’s global governing body FIFA said last month, with Indonesia among the countries who are considering an individual bid for the tournament.