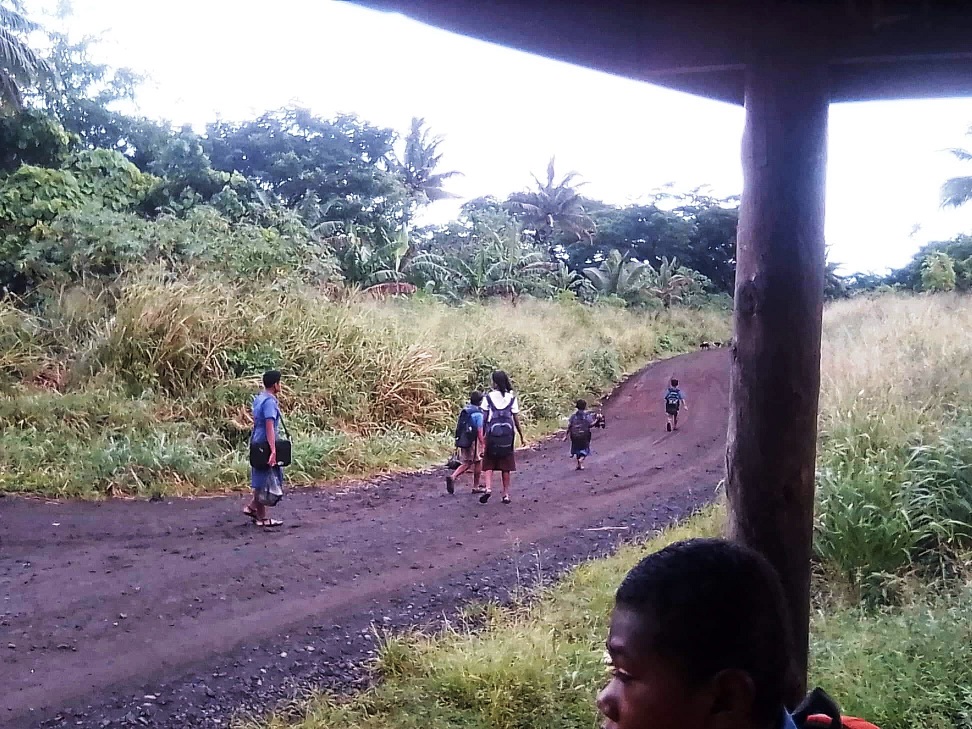 Students walk along a bad road on Taveuni after bus services did not arrive in the area. Picture: SUPPLIED

AS of Wednesday last week, about 100 people — including students living along the Vuna South Cape Rd in Taveuni — were still waiting for bus services to be restored.

Pacific Transport Ltd manager operations Prakash Sami said because of bad road conditions, bus services had only been restored from Naqara to Delaivuna.

He said he understood they were the only company operating along the route but he could not risk the lives of his drivers and passengers.

“At this point, we had resumed bus services in the northern end of the island,” Mr Sami said last week.

“However, the road is still not properly done yet and the authorities are still working on it.

“There is still much to be done on a 20km stretch of road on the northern end.”

Mr Sami said most of the roads on the island were coastal roads and because they were on low lying areas, the roads were affected by waves during adverse weather.

Meanwhile, a FRA statement last week said bus services were to resume in most areas.

The FRA had stated that its contractor was attending to damaged sections of the North Coastal Rd, from Bouma to Lavena.

A cavity on the Bouma Rd was affecting bus access in the northern area, which was supposed to be attended to by the authority.