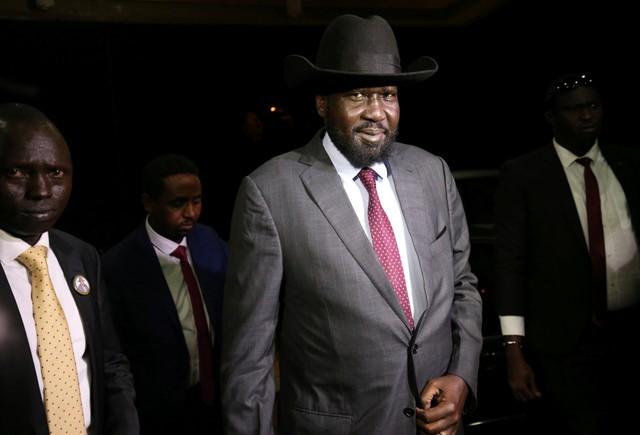 ADDIS ABABA (Reuters) – South Sudan’s president and rebel leader met on Wednesday for the first time since 2016, when a peace deal collapsed and fighting re-erupted between their forces, the Ethiopian prime minister’s chief of staff said.

“Faced with the continued suffering in South Sudan, Ethiopia simply can’t stand by. With more work, a peaceful future is possible.”

The meeting had been billed by Ethiopia’s government a step towards ending a five-year-old civil war that has killed tens of thousands of people and forced more than three million to flee their homes in the world’s youngest country.

The oil-producing nation gained independence in 2011 from north Sudan but fighting broke out two years later.

Kiir and Machar met individually with Abiy before the three sat down together, South Sudanese opposition party officials and western diplomats said.

The Ethiopian government has been a key actor in the regional bloc IGAD’s faltering peace process for South Sudan.

A ceasefire the warring sides signed in the Ethiopian capital in December was violated hours later.

“This is a last-ditch attempt but a serious one to broker a deal,” said Alan Boswell, an independent researcher on South Sudan.

“The concern is that it’s not at all obvious how they will prevent the catastrophe of 2016 from recurring, since the framework for the deal is not substantially different than it was in the 2015 deal.” That deal collapsed in the summer of 2016, when Machar’s return to Juba led to the resumption of fighting between his forces and the army in which hundreds died.

It had envisioned the armed rivals sharing power in the run-up to an election.

Activists on Wednesday urged the two sides to reach a sustainable peace agreement.

“At this critical moment where our nationhood and our collective future is at stake, we remind you of your moral and political obligations to meaningfully reconcile with each other as well as with all other political leaders in our country,” South Sudanese Civil Society Forum said in a statement.