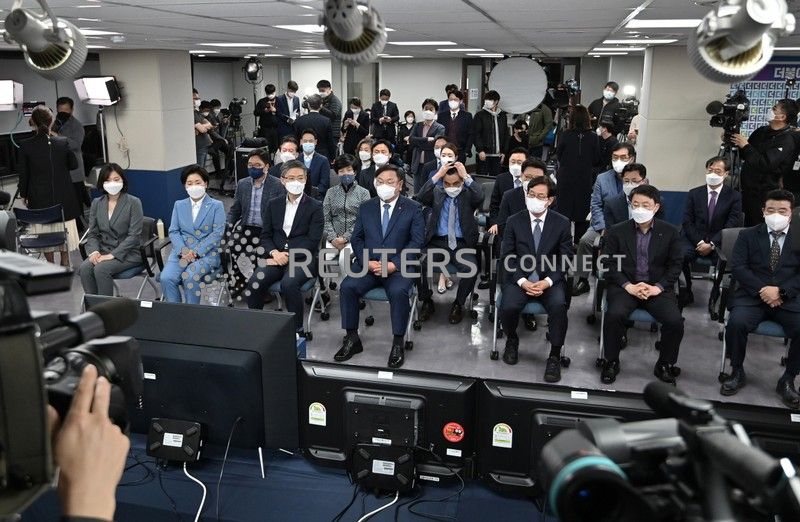 Millions of South Koreans went to the polls on Wednesday to elect chiefs of the country’s two largest cities, the capital Seoul and port city of Busan, among 21 local offices up for grabs.

The election was widely seen a key barometer for potential political shifts for Moon’s progressive party with less than one year left before the March 9 presidential election.

Exit polls had predicted Oh’s landslide victory. Vote counts showed that Oh – who previously served as Seoul mayor from 2006 to 2011 – won all 25 districts of the city, fetching three times as many as Park got in the affluent town of Gangnam.

Oh expressed gratitude to voters after his victory was finalised, while Park conceded defeat, vowing “soul-searching over punishment from citizens.”

“I cannot hold back the sense of responsibility that’s already weighing heavily on my mind,” Oh said.

Voter turnout was 58.2% in Seoul and 52.7% in Busan from some 12.16 million eligible to cast ballots, exceeding 50% in a snap election for local offices for the first time, according to the commission.