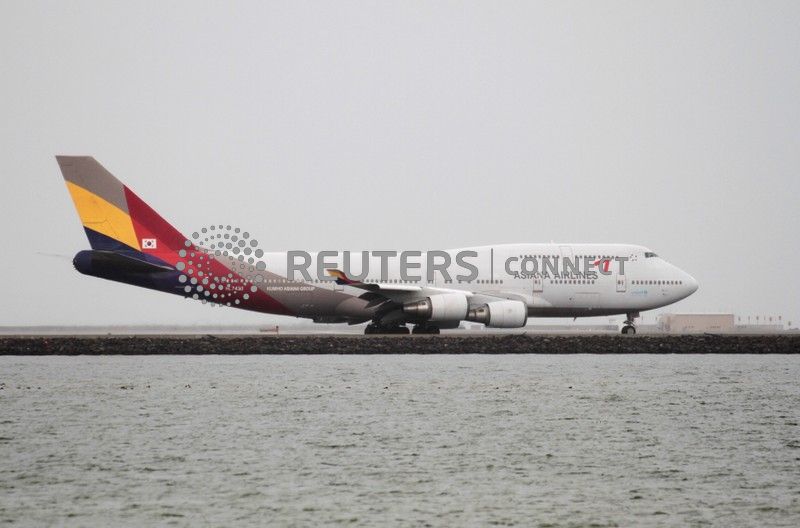 The transport ministry suspended Asiana Airlines’ once-daily U.S. bound flight as a penalty linked to its deadly plane crash in San Francisco in 2013. Asiana had sought a court injunction against the measure.

The Supreme Court said insufficient staff training was the main cause of the crash and the government’s punishment was legitimate.

The flight ban will be implemented before the end of February, the transport ministry said in a statement.

Asiana would discuss the exact timing of the suspension with authorities, a company spokesman said, adding the punishment would cost about 11 billion won ($9.3 million) in lost sales.

Asiana Airlines flight 214 crashed in San Francisco in 2013 when the plane’s tail struck a seawall short of the runway, killing three teenage passengers from China and injuring more than 180 out of about 300 people on board.

The airline is struggling with falling travel demand to Japan amid diplomatic tension between Seoul and Tokyo.

Its top shareholder is also looking for a buyer to run the carrier.