South Africa’s Ramaphosa: from activist to businessman to wounded president 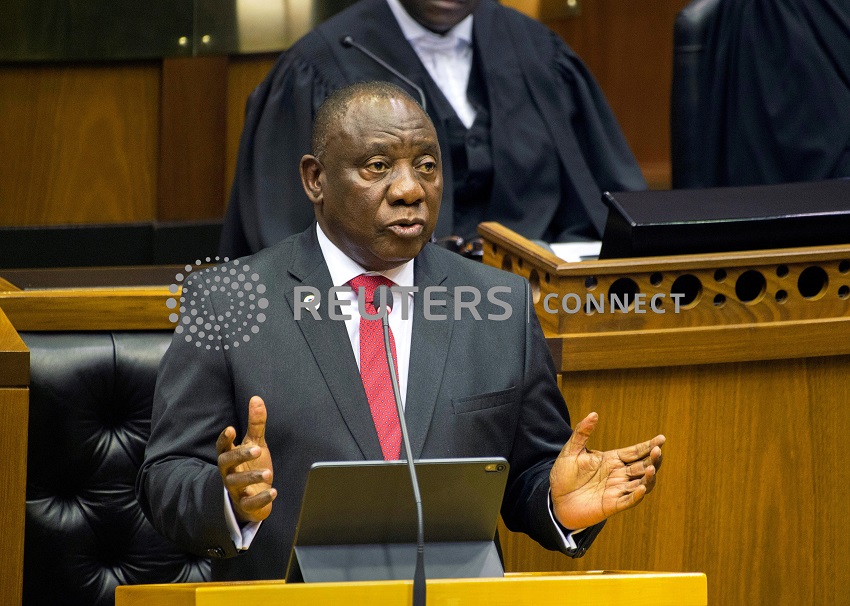 By Tim Cocks and Alexander Winning

JOHANNESBURG (Reuters) – President Cyril Ramaphosa, the anti-apartheid champion who become one of South Africa’s wealthiest businessmen and then its most powerful politician, was battling for his political survival on Thursday.

He took on the top job in 2018, vowing to root out corruption and fix the economy. But just as he was about to start fighting for his second term, he was facing calls to quit after an advisory panel found preliminary evidence that he may have committed misconduct.

He has denied any wrongdoing and has not been charged with any crimes.

Ramaphosa was the leading negotiator for the African National Congress (ANC) during talks that led to a peaceful end to apartheid in 1994, which enabled Nelson Mandela to become South Africa’s first Black president.

Despite his evident gifts, Ramaphosa said he was giving up politics in 1996 and took up business, as Mandela’s newly elected African National Congress sought to dilute the dominance of the white minority on the boardrooms of the new South Africa.

Some say he was pushed by Mandela’s protege and eventual successor, former president Thabo Mbeki. Ramaphosa withdrew from politics under Mbeki and set up an investment vehicle called Shanduka – which means “change” in the Venda language.

Shanduka Holdings, which is unlisted, has become one of the biggest black-owned groups in the country, holding 10% stakes in South Africa’s biggest bank, Standard Bank, and insurer Liberty.

Born in Johannesburg on Nov. 17, 1952, the son of a retired policeman, Ramaphosa was a thorn in the side of white mine bosses in the 1980s, and led the National Union of Mineworkers in one of the largest strikes in the country’s history after wage talks deadlocked.

He left the NUM in 1991 when he ousted ANC veteran Alfred Nzo as secretary-general and led the party to constitutional negotiations which culminated in 1994’s historic all-race vote.

Ramaphosa was one of the main beneficiaries from the ANC’s policy of Black Economic Empowerment, which was meant to reduce inequality but which, critics said, led to well-connected senior ANC people acquiring assets at knock-down prices.

Ramaphosa ousted former president Jacob Zuma in 2017 amid optimism that the new leader could rid the ruling party of graft and revitalise the economy. Zuma faces several corruption investigations, but denies wrongdoing.

Since then Ramaphosa has seemed to prevaricate on crucial reforms and is sometimes paralysed by the need to build consensus within the ANC – a far cry from the decisiveness he showed as a union leader in the 1980s.

Reforms on energy security, jobs and the green energy transition stumbled on internal party divisions, and several committees he created have only dragged out these disagreements.

His promises in October to tackle graft with tougher procurement rules and better oversight of state-owned firms, after an inquiry highlighted high-level graft under Zuma, were met with scepticism because he didn’t punish anyone named in it.