South Africa’s Elgar suffers concussion after being struck on head 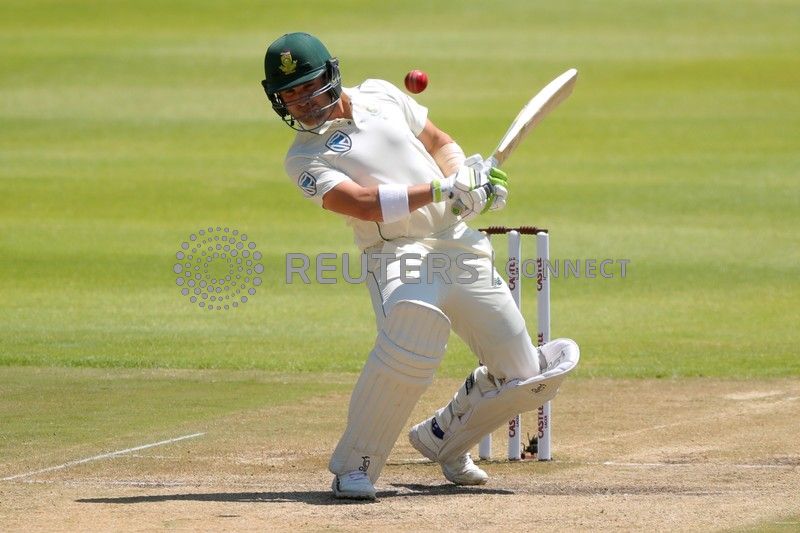 (Reuters) – South Africa’s opening batsman Dean Elgar was diagnosed with a concussion after he suffered a blow to the head in the third test against India on Monday and the team’s management said he will not be allowed to return to action for at least six days.

Elgar misjudged a bouncer from fast bowler Umesh Yadav and failed to duck in time as the ball crashed into his helmet above the ear, forcing the dazed 32-year-old to retire hurt.

“The opening batsman will be closely monitored over the next 24 hours, followed by reassessment every 24 hours until signs and symptoms resolve,” the South African team said in a statement.

“The soonest he can return to play is in six days’ time in keeping with the standard concussion management protocol.”

Theunis de Bruyn was named as a concussion substitute under the new rules and the 27-year-old was unbeaten on 30 at stumps, with the Proteas floundering on 132-8 — 203 runs behind India — after being asked to follow on.

India lead the three-match series 2-0 and, with two days left in the test, Virat Kohli’s side need two wickets to clinch a series whitewash and consolidate their place on top of the World Test Championship table.