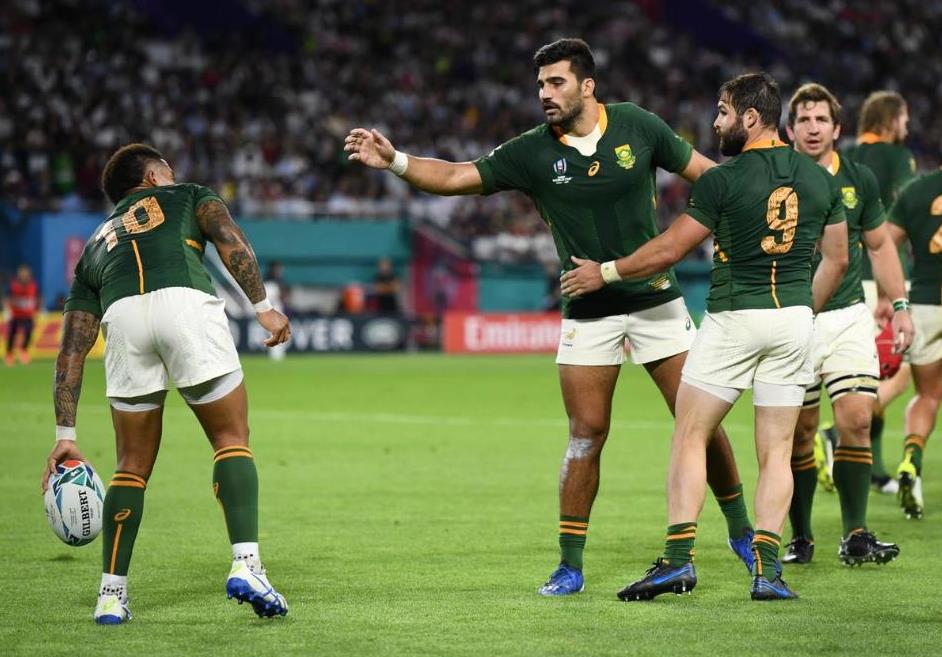 KOBE, Japan (Reuters) – South Africa midfield back Damian de Allende is unlikely to abandon his conservative playing style any time soon with the World Cup quarter-finals a week away and defences adept at shutting down attacking options out wide.

Inside centre de Allende has been given the green light by his coaches to play more openly as South Africa have adapted a more attack-minded game-plan in recent years.

But the 27-year-old feels the modern game, especially that which will be played in the knockout phases in Japan, require strong ball runners to get over the advantage line first rather than be adventurous and potentially cost their side points.

“We all have the licence to express ourselves on the field, but sometimes it’s quite tough – with the line-speed and the way teams have developed now with their skillsets under pressure,” de Allende told reporters in Kobe on Saturday.

“Sometimes it’s quite tough to make a 50-50 pass, because you know that if that pass doesn’t stick, you will probably concede seven, five or three points.

“You want to take a few risks now and then, if you really have to. If the opportunity is there and you feel like you can do it, then do it.

“But I would say if you are in two minds and there’s a bit of doubt, then rather tuck it and try to play one or more phases, and see if you can break the defence and get over the advantage line.”

South Africa, who lost 23-13 to NZ in their opening Pool B game, finished runners-up behind the All Blacks and will play the winner of the tightly contested Pool A next Sunday in Tokyo.

De Allende added that after that opening loss to the All Blacks the side had adapted a knockout mentality for their next three games against Namibia, Italy and Canada with the objective to qualify with bonus-point victories from those matches.

“We were under a lot more pressure – and I don’t mean that in a negative way,” he said.

“We knew we had to win at least three of our games with a bonus point, and that is where the pressure came on us a bit.

“Luckily we exceeded those expectations.”