South African mosque attacker had no link to extremism: police 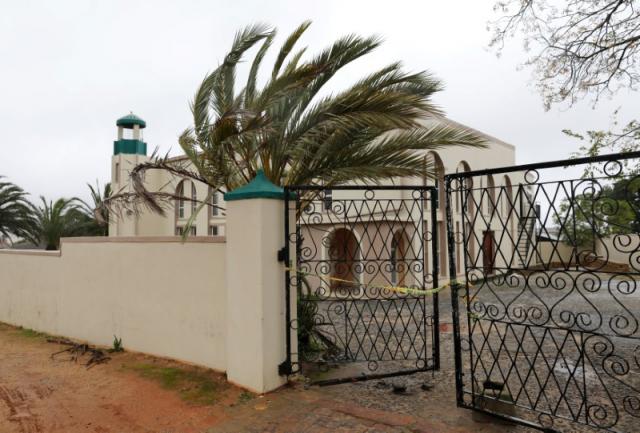 CAPE TOWN (Reuters) – The person who killed two worshippers at a South African mosque last month was a psychiatric patient with no link to extremism, the elite police investigating unit Hawks said on Thursday.

Two worshippers were stabbed to death and two others injured during the early morning incident at a mosque in Malmesbury, a small farming town 40 miles (65 km) north of Cape Town.

The attacker was shot dead by police after charging at officers and not heeding calls to surrender.

“There is no connection with extremism or terrorist related activity in this case. It is an isolated case of a person who has serious psychological issues,” said Hawks spokesman, brigadier Hangwani Mulaudzi, adding that the attacker was an outpatient at a psychiatric hospital.

The Malmesbury incident came a month after three men armed with guns and knives slit the throats of three worshippers at a mosque north of the east coast port city of Durban, killing one person and seriously injuring two others.

Africa’s most industrialized country has a large expatriate community and attracts many tourists but has seldom been associated with Islamist militancy.