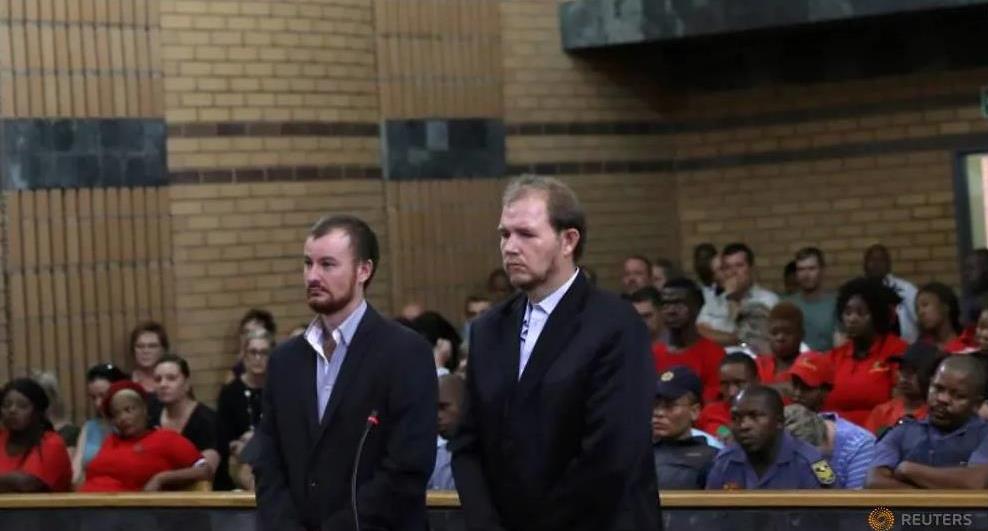 Pieter Doorewaard and Phillip Schutte, found guilty of killing a teenager, Matlhomola Mosweu, who was thrown from a moving vehicle, look on during sentencing in Mafikeng, South Africa March 6, 2019. REUTERS/Siphiwe Sibeko Read more at https://www.channelnewsasia.com/news/world/south-african-court-jails-two-white-farmers-for-killing-black-teenager-11317886

JOHANNESBURG (Reuters) – Two white South African farmers were sentenced to up to 23 years in prison on Wednesday for the murder of a black youth who was thrown from a moving vehicle after being accused of stealing about 80 rand ($5) worth of sunflowers. The death of 15-year-old Matlhomola Mosweu in April 2017 caused […]