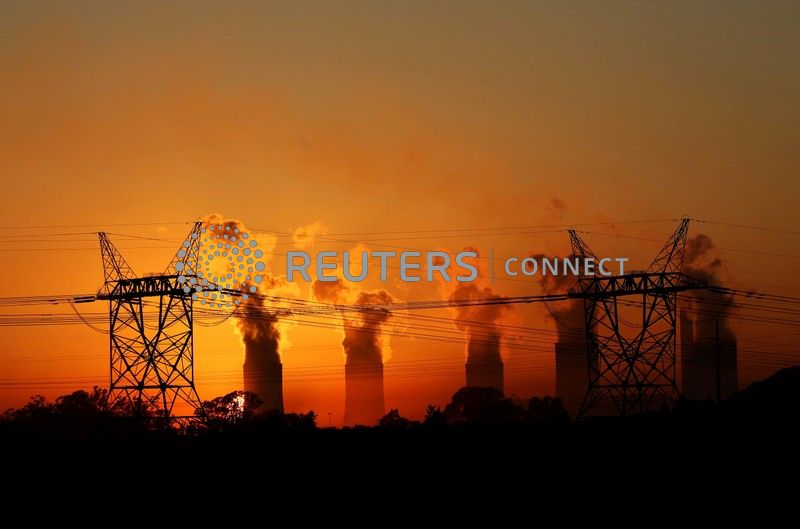 JOHANNESBURG (Reuters) – South Africa’s long-delayed carbon tax has been enshrined in law, the treasury said on Sunday, as one of the continent’s worst polluters transitions to lower emissions in its efforts to meet agreements on global climate change.

The tax was first mooted in 2010 but has been postponed at least three times after mining companies, steelmakers and state-owned power utility Eskom said it would erode profit and push up electricity prices.

Allowable tax breaks will reduce the effective rate to between 6 rand and 48 rand per tonne of CO2, National Treasury said in a statement after the tax was signed in to law by President Cyril Ramaphosa.

“A review of the impact of the tax will be conducted before the second phase and will take into account the progress made to reduce GHG (greenhouse gas) emissions in line with our National Determined Contribution,” the treasury said.

Big energy users including Sibanye-Stillwater and ArcelorMittal’s South African operation had previously opposed plans to enact carbon tax laws, saying the levies are unaffordable and should be scrapped or delayed.

Local and overseas climate activists, however, believe the tax response falls short of emissions targets the country signed up for in the 2015 Paris Agreement. The tax is considered “highly insufficient” by the Climate Action Tracker group.

The treasury said it does not expect the tax to push up electricity prices.

Ailing state power company Eskom, which has implemented nationwide blackouts this year, was granted a near 10 percent tariff increase for 2019 by the regulator but has complained that the increase will not solve its deep cash crunch.