South Africa to roll out sweeping health reform in stages 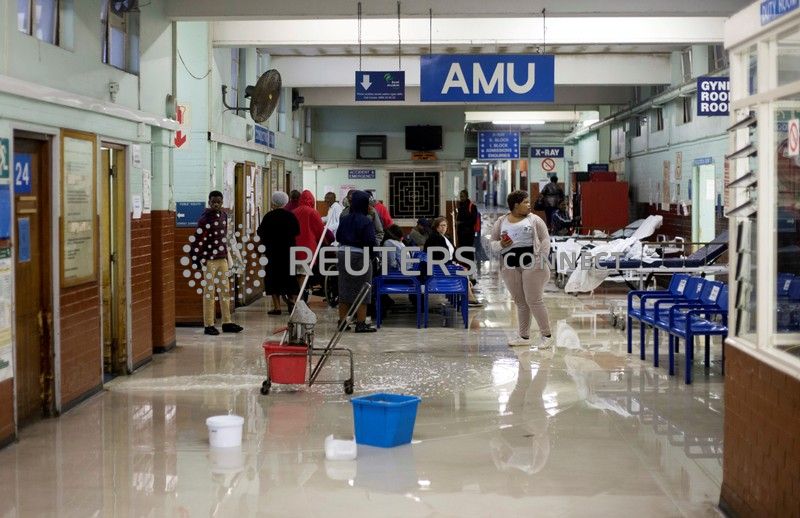 PRETORIA (Reuters) – A proposed move to universal health coverage in South Africa will be rolled out in stages as the budget improves, a senior presidential aide told Reuters, forecasting the landmark reform would cost $2.2 billion per year by 2025/26.

The National Health Insurance (NHI) program, to be debated in parliament soon, is a flagship policy of the governing African National Congress, which has wanted to overhaul the crisis-ridden health system since it swept to power under Nelson Mandela in 1994.

More than two decades after the end of white minority rule, a privileged few receive world-class care in private hospitals while many poor black people in a population of near 60 million queue at understaffed state facilities short of equipment.

The ANC government is proposing a new system in which medical insurance schemes will cover fewer treatments and the government will control how much private clinics charge. The aim is to narrow the gap between the private and public systems.

Some opposition politicians and analysts have questioned the affordability and practicality of those changes, given a struggling economy. They say healthcare could suffer if the changes are rammed through hastily.

Responding to that concern, Olive Shisana, special adviser to President Cyril Ramaphosa, said the program would be introduced in a fiscally responsible manner.

“This government is not going to do something that will collapse the economy,” she said.

Spending on NHI would increase from around 2 billion rand in the 2019/20 fiscal year to 33 billion rand ($2.2 billion) in 2025/26, Shisana said. That expenditure would come on top of the health budget, currently around 220 billion rand a year.

Government will consider adding a surcharge on personal income tax and a payroll-based tax from 2025/26 to raise the necessary funds. But with struggling state companies such as Eskom also promised bailouts, there will be competing spending priorities.

To keep costs within budget, Shisana said government would focus on a set of targeted interventions to improve public healthcare while the new system was being set up.

Those could include hiring more doctors and improving hospital infrastructure, while later interventions could include changing the mechanism by which general practitioners are paid to take into account the number of patients they serve.

“We are going to make sure that NHI does get implemented,” Ramaphosa told lawmakers this week.

Many health companies have publicly said they support NHI. In private, however, some say it is unworkable because it would place too great a burden on limited state resources.

Medical insurance schemes would not be allowed to cover services reimbursed by a central government fund.

Some investors have dumped health stocks since government introduced its NHI bill to parliament this month, sending the Johannesburg Stock Exchange’s health subindex down almost 10% this month versus a 5% fall in the broader market.

Medical insurer Discovery does not yet see a major impact on its business because it expects the reform to be implemented over an extended period.

He estimated a full-scale rollout would involve raising tax revenue upwards of 3% of gross domestic product, or close to 150 billion rand.

The reform could yet be delayed by court cases.

Some experts have questioned the constitutionality of provisions in the bill governing the role of provinces because it proposes pooling health funds centrally.

Others expect private firms to approach the courts if the public health system is unable to provide adequate care.

The country’s main opposition party, the Democratic Alliance, opposes NHI, but it has around 21% of lawmakers in the lower house versus the ANC’s 58%.

Shisana said NHI would not be defeated. “Our policy is solid,” she said. “It has been consulted for many years. We don’t expect major changes.”