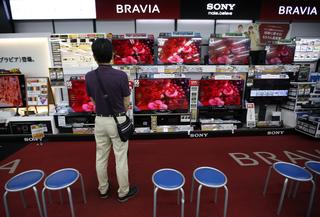 Third Point, which has about $14.5 billion in assets under management, is raising a dedicated investment vehicle targeting $500 million to $1 billion in capital to buy Sony shares, people familiar with the matter said.

A Sony spokesman declined to comment on the report.

Sony shares rallied to a three-week high at the start of Tokyo trade, recovering from a slump last month triggered by concern that its turnaround of recent years had lost momentum.

The electronics and entertainment conglomerate had a market value of 6.1 trillion yen ($55 billion) at Tokyo’s Monday close.

The move would be Third Point’s second campaign for change at Sony in six years, coming as investors look for the company’s next profit pillar amid signs its gaming business is slowing and as its PlayStation 4 console nears the end of its lifecycle.