Son of Aussie who caused All Blacks angst picked for Japan 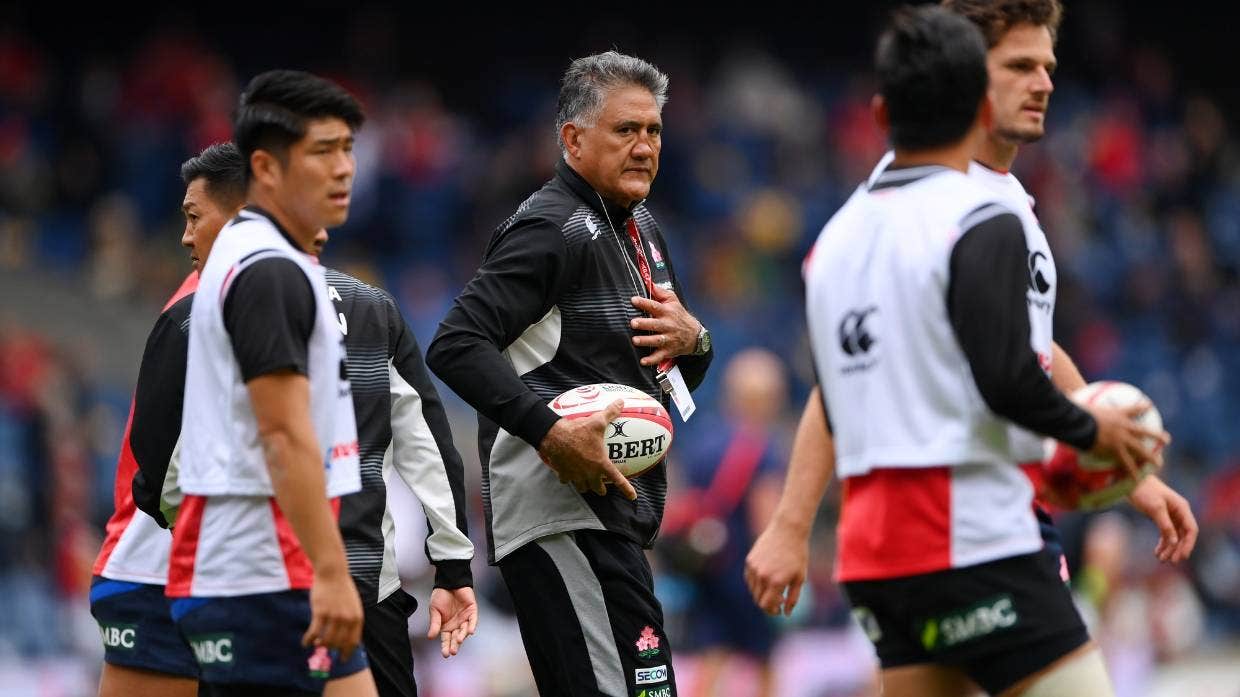 Japan head coach Jamie Joseph has picked the son of Wallabies great Greg Cornelsen for the test against the Aussies this weekend. STU FORSTER/GETTY IMAGES

Japan coach Jamie Joseph is hoping Australian-born trio Jack Cornelsen, Ben Gunter and Dylan Riley play like they have a point to prove in their test debuts against the Wallabies in Oita on Saturday.

The son of Greg Cornelsen – who famously bagged four Wallabies tries against the All Blacks at Eden Park in 1978 – has been named at lock while 120kg Gunter will start at blindside flanker.

With star second-rower Wimpie Van Der Walt ruled out through injury, Cornelsen will partner another Australian-born player James Moore, who will line up for his ninth test.

Winger Riley is in line for a potential test debut after being included on the Brave Blossoms bench.

“For the Australian guys, this is going to be a special game for them, for obvious reasons,” Joseph said on Thursday.

“There was a wee bit of … is this the right match for them to play, but for us we’re building a new team and it’s important we look toward the future.

“They’re still young men who have come over here and have shown the right skills that we think we need so it’s a great opportunity to put them up against their countrymen and let them go out and prove a few points.

“I know they’re very excited about it and I’m expecting great performances from them.”

Cornelsen, 27, moved to Japan in 2018 after being overlooked by Australia’s Super Rugby sides despite starring in two Brisbane club premierships.

The trio were scouted by former Wallabies coach Robbie Deans to join the Panasonic Wild Knights in Japan’s Top League.

Gunter, 23, grew up in Gunnedah in country NSW, but also shifted to Japan after being unable to crack Super Rugby at home.

His inclusion at blindside means former skipper Michael Leitch drops to the bench, while new captain Pieter Labuschagne and Kazuki Himeno round out the back row.

“Ben’s a young man who has always shown the potential in the Top League,” Joseph said.

“He’s had some small injuries over the past 18 months but is fighting fit and ready to go.”

Rikiya Matsuda starts at five-eighth with Yu Tamura, who started the matches against a British and Irish Lions XV and Ireland earlier this year, dropping to the bench.