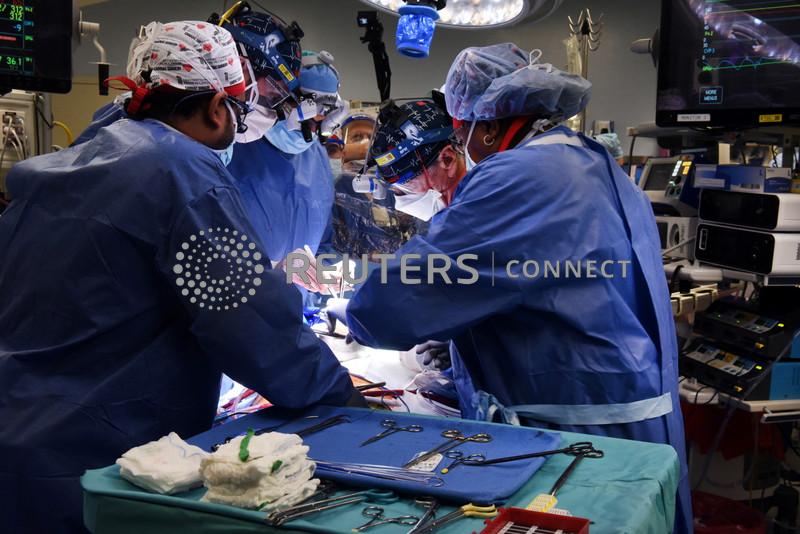 (Reuters) – The son of a transplant recipient who was implanted with a genetically modified pig heart in a first-of-its-kind surgery, called his father’s procedure “a miracle.”

The surgery, performed by a team at the University of Maryland Medicine on Jan. 7, is among the first to demonstrate the feasibility of a pig-to-human heart transplant, a field made possible by new gene editing tools.

“This is significant for my dad, for the United States, for the world,” David Bennett Jr., the patient’s son, said on Thursday. “This is groundbreaking, this is remarkable and frankly, this is a miracle.”

“I myself have some heart issues at 37 years old so my dad is certainly changing the future for even myself.”

On the morning of the surgery, the transplant team removed the pig’s heart and placed it into a special device to preserve its function until the surgery.

“He was in the operating room three days straight. He’s got a lot of swelling throughout his body, and so he’s suffering a great deal. This healing is going to be a process and so again, the first words out of his mouth were ‘I can’t take this’ but I know how strong my dad is.”

Pigs have long been a tantalizing source of potential transplants because their organs are so similar to humans.

Prior efforts at pig-to-human transplants have failed because of genetic differences that caused organ rejection or viruses that posed an infection risk.

Scientists have tackled that problem by editing away potentially harmful genes and adding human genes linked with immune acceptance.